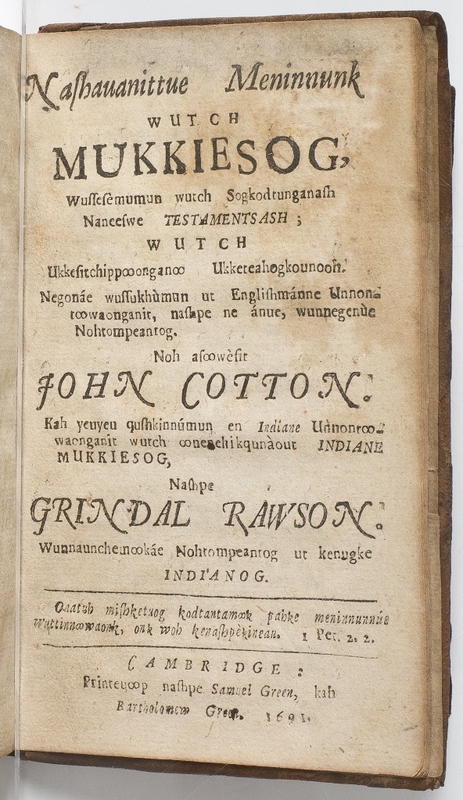 John Cotton authored many religious texts and sermons, including the popular children’s catechism, Milk for Babes. Drawn Out of the Breasts of Both Testaments. Chiefly, for the Spiritual Nourishment of Boston Babes in Either England: But May Be of Like Use for Any Children, first printed in London in 1646. A later edition of this work, printed in Cambridge in New England in 1656, was issued as Spiritual Milk for Boston Babes. This Cambridge edition is considered by many to be the first children’s book printed in America. Spiritual Milk quickly became the standard catechism for all New England youth. Grindal Rawson translated the text into Algonquian in 1691.