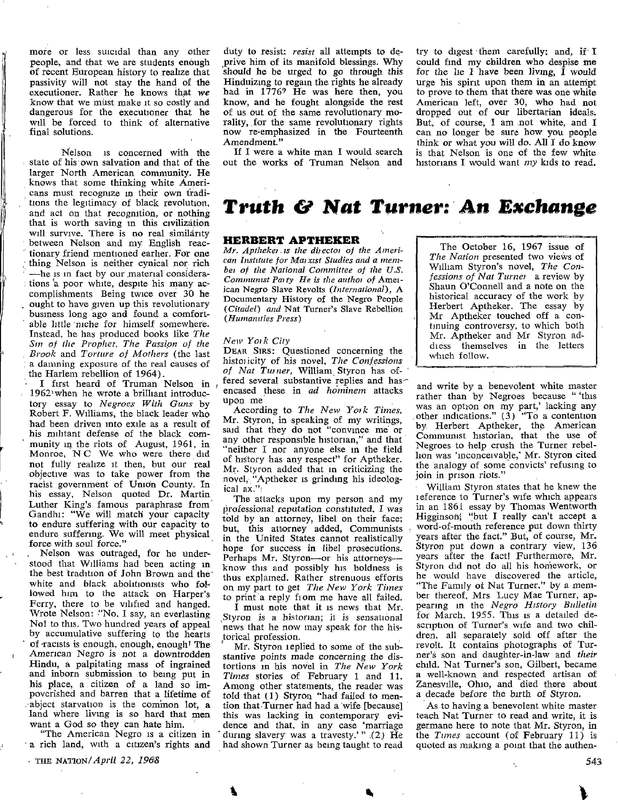 The controversy about interpretations of Nat Turner involved well-known historians. Herbert Aptheker, the author of American Negro Slave Revolts (1943) and Nat Turner’s Slave Rebellion (1966) was a major critic of William Styron’s book. The Nation opened its columns to both men in April 1968, explaining, “The October 16, 1967 issue of The Nation presented two views of William Styron’s novel, The Confessions of Nat Turner, a review by Shaun O’Connell and a note on the historical accuracy of the work by Herbert Aptheker. The essay by Mr. Aptheker touched off a continuing controversy, to which both Mr. Aptheker and Mr. Styron address themselves in the letters which follow.”

The complete article is available here.