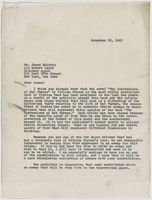 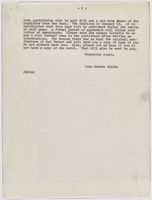 John Henrik Clarke noted that James Baldwin was “one of the few Negro writers that has had a favorable view of William Styron’s book.” Baldwin declined to participate in the written response to the novel. Vincent Harding, who wrote an essay for the book, criticized the writer’s positive assessment of Styron’s novel: “It was Baldwin who praised his friend’s [Styron] work highly, Baldwin who saw himself in Styron’s Turner, and Baldwin who dared to say, “This is the beginning of our common history.”

Alex Haley, who had published The Autobiography of Malcolm X in 1965, was another African American admirer, who wrote to Styron, “I don’t know if I’ve ever seen captured so succinctly what I, too, feel are the essences of our ethnic condition, and the true motivations of the social tragedies recently.”

In May 1968, as the controversy about the book and the prospective film was raging, Baldwin moderated a conversation on Pacifica Radio between Styron and actor Ossie Davis. The polemic lived on and in the summer issue of the quarterly Freedomways, published a few weeks after the conversation, Davis admonished Styron, “Tomorrow, a whole new world is coming right this way. And a man as constitutionally incapable of knowing a black man when you see one, as you seem to be, might just get run over!” Listen to the radio show here.

← Letter to Poussaint
Table of Contents →
Letter to Baldwin