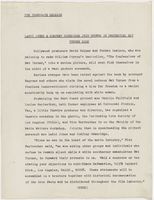 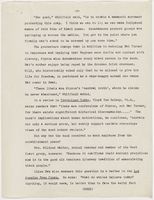 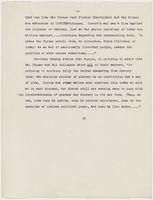 Given the success of William Styron’s book, Twentieth Century Fox bought the rights for $600,000 to turn it into a film directed by Norman Jewison, who had just won an Academy Award for In the Heat of the Night.

On February 26, 1968, journalist and activist Louise M. Meriwether sent John Henrik Clarke some material about “a movement under way in Los Angeles” that tried to prevent the studio from filming The Confessions of Nat Turner. The movement was spearheaded by poet, playwright, and Black Power activist LeRoi Jones (Amiri Baraka) and actor and activist Godfrey Cambridge.

The novel, its critics charged, “reduces Nat Turner from a fearless insurrectionist striking a blow for freedom to a racist monstruosity [sic] hung up on copulating with white women.” They also decried the “establishment press” for applauding the book. As one critic stressed, “It reaffirms their ancient prejudices and is in the good old American literary tradition of emasculating black people.”

Clarke wrote to Meriwether that she had his “permission to associate his name with the efforts” of the group and that he could “be listed as sponsor.”