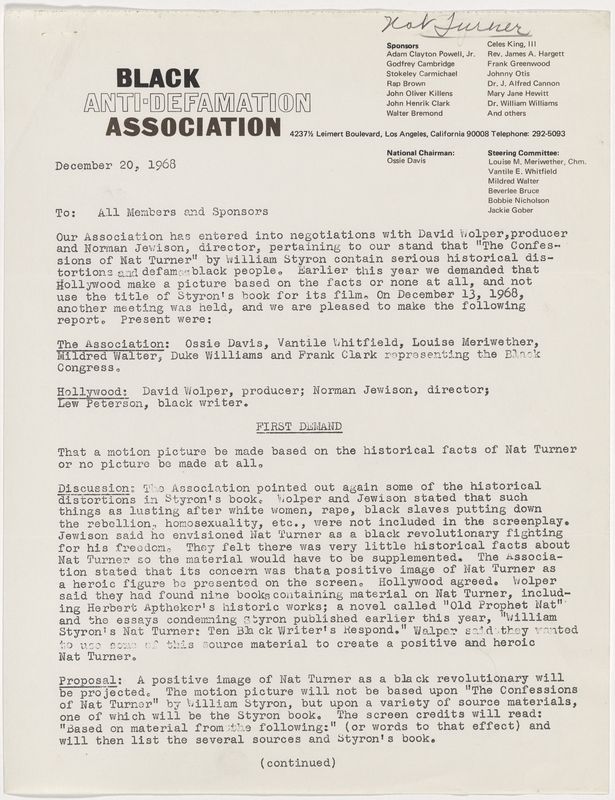 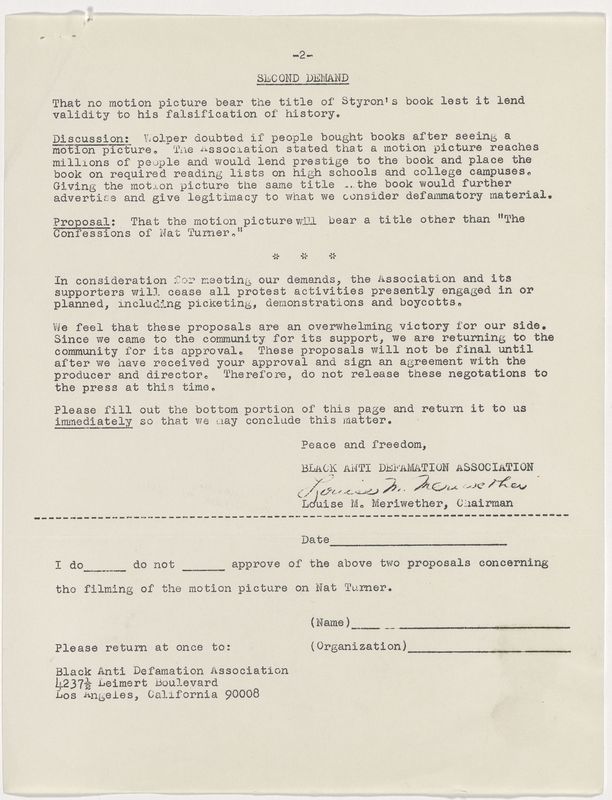 Following a meeting with producer David Wolper—who later coproduced Roots—and director Norman Jewison, BADA published a press release on December 20, 1968. Jewison, BADA noted, had told the group that he envisioned Nat Turner as a revolutionary fighting for his freedom and that the screenplay did not include rape, homosexuality, supposed black lust after white women, nor the participation of enslaved men to the crushing of the uprising, all matters that had been widely denounced by Styron’s critics. Both parties agreed that the film would rely on a variety of sources, including Styron’s book, but it would not be titled “The Confessions of Nat Turner.”

BADA presented the meeting as a victory and was disposed to stop all protest activities. Nevertheless, the association asked for the black activist community’s approval before signing an agreement with the studio. The film eventually went into production before being cancelled.