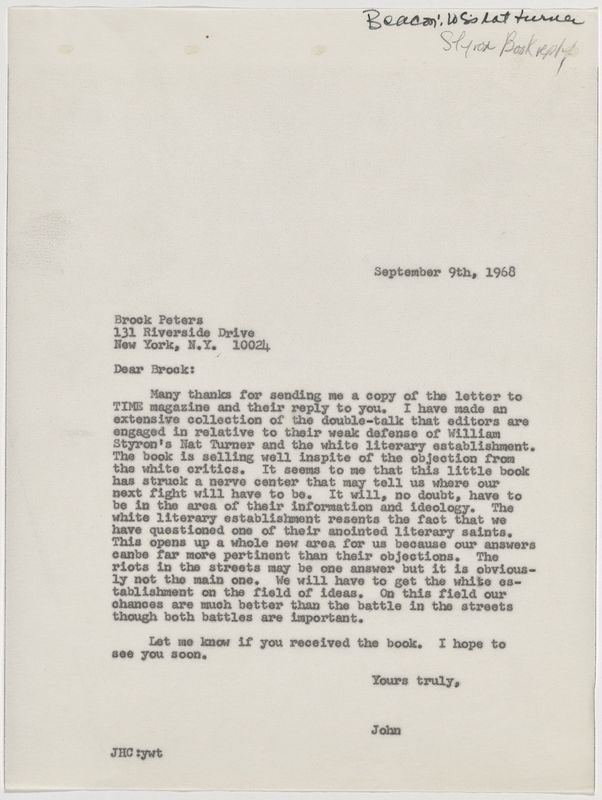 As negative reviews of William Styron’s Nat Turner: Ten Black Writers Respond infuriated black intellectuals and artists, some, such as actor Brock Peters, made their discontent known. Peters had debuted in Carmen Jones and became famous in 1962 for his role as Tom Robinson in To Kill a Mockingbird. After Time published an anonymous review of the book on July 12, 1968, the actor sent a letter to the editor. He denounced the critic’s statement that the writers were “blinded by racism.” Dismissing Peters’s assessment, the magazine responded that the controversy was “not due to esthetic considerations but to misunderstanding.” Peters sent a copy of his letter to John Henrik Clarke, along with the Time’s response.