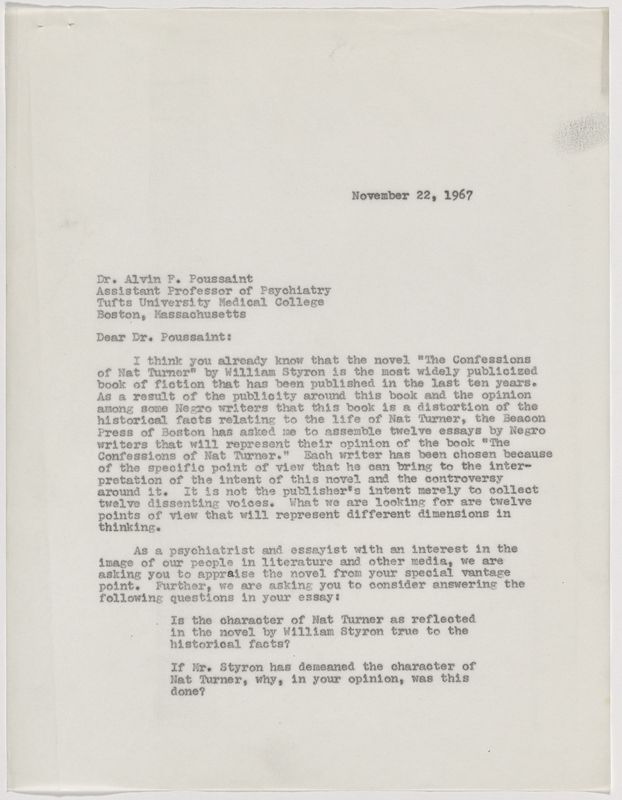 Beacon Press commissioned John Henrik Clarke to gather twelve essays by black intellectuals in response to William Styron’s book. In November 1967, Clarke sent letters to a number of prominent men selected for the particular perspectives they would bring to a critique of Styron’s book.

Clarke invited Dr. Alvin F. Poussaint, a psychiatrist and Civil Rights activist—who joined Harvard University two years later—to contribute to the book with his qualifications as “a psychiatrist and essayist with an interest in the image of our people in literature and other media.” Poussaint, in his six-page essay, noted, “Styron may be guilty of projecting on to Nat Turner many of the classical white stereotypical notions about black people.” He continued, “Styron’s reconstruction of events is an example of the stereotyped belief that black people rebel primarily because of an unfulfilled psychological need to be white and not because of a sense of their own dignity.” Poussaint later said the book was “full of white-worship language.”