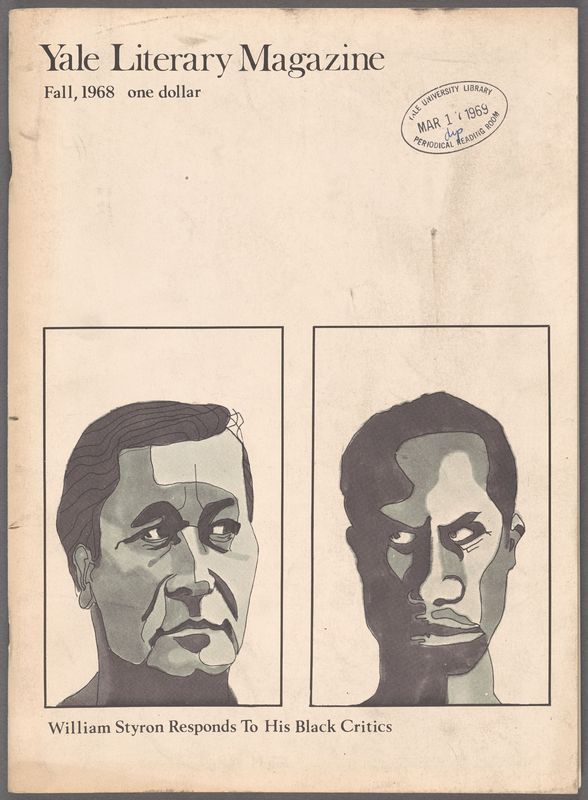 Yale Literary Magazine published an interview of William Styron asking him to respond to his black critics. Asked, in conclusion, about the chances of “creating a meaningful dialogue rather than a confrontation between black and white intellectuals,” Styron responded, “I think they’re going to be very slim unless black people take hold of themselves and start using reason instead of irrational and childish logic. If they cannot, for instance, read a review like Genovese’s in the New York Review and see the passionate appeal to reason in it, then they’re going to be lost. They’re going to remain, regrettably—I hate to say it—they’re going to remain what white racists have always called them: children.”