The Battles of Lexington and Concord: A Public Relations Case Study 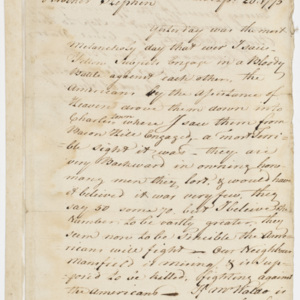 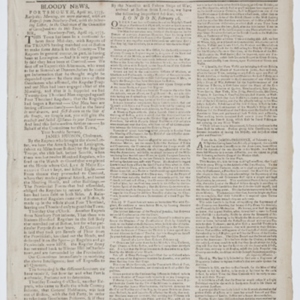 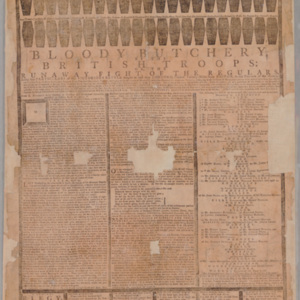 Bloody Butchery, by the British Troops 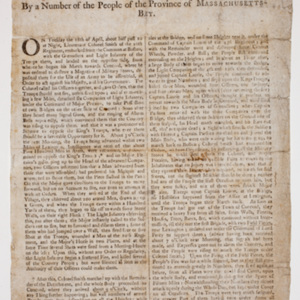 A Circumstantial Account Of an Attack that happened on the 19th of April 1775, on his Majesty's Troops 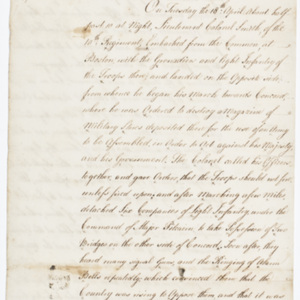 Fair copy of the Circumstantial Account sent to Gov. Trumbull of Connecticut 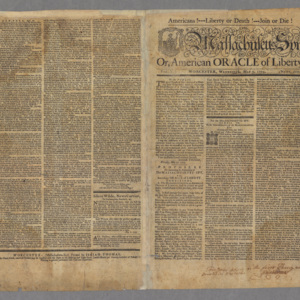 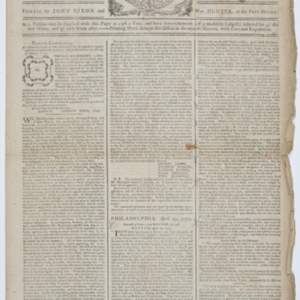 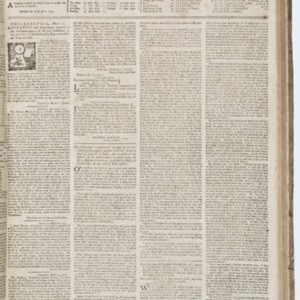 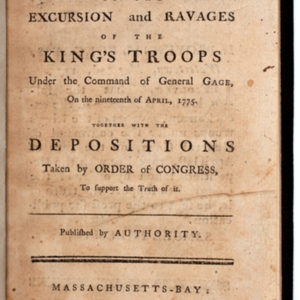 A Narrative, of the Excursion and Ravages of the King's Troops

As soon as the violence ended on April 19, 1775, a second battle of Lexington and Concord took place. This one was waged not with bullets and bayonets but with ink and paper. It was a public relations battle that not only carried news of the battles but also tried to lay blame, both sides claiming that the other fired first and committed atrocities on the battlefield.

In 1775, there were thirty-seven newspapers being printed throughout the thirteen colonies, all in population centers and most in close proximity to waterways. News of the violence moved swiftly throughout the colonies: stories about Lexington and Concord appeared in twenty-seven newspapers, the first in the Boston News-Letter on April 20 and the last in the Georgia Gazette on May 31.

The speed with which news of the battles spread was in large part due to fast post riders and dispatchers from the Committees of Correspondence and the Committee of Safety. The first such “alarm” to travel a great distance was written by Joseph Palmer from the town of Braintree, Massachusetts. Palmer, who was a delegate to the Massachusetts Provincial Congress, sent a dispatch from Watertown describing the fighting, which subsequently made its way by couriers on horseback to central Massachusetts and then into Connecticut before traveling even farther south.

These manuscript dispatches were then translated into print. In some instances they were printed as handbills, but usually the battle news was put into the next edition of a newspaper. Within months of the battles, however, the Whigs would employ all manner of printed genres, including pamphlets and broadsides, not only to describe the battles but also to sway public opinion about their meanings. They sought to influence both fellow Americans throughout the colonies and His Majesty’s subjects living at home in England by using highly charged emotional language and blazing typography. One now-famous  broadside from Salem that gave an account of the battles also listed the colonial dead and was emblazoned with coffins and big black borders symbolizing death, serving as both a news dispatch and a commemorative document.

General Gage attempted to combat the Whig press with his own version of the battle, printed as a broadside titled A Circumstantial Account. As was the custom in all colonial print culture, the language of this broadside was reprinted in newspapers, sometimes with additional editorial language rebuking it.

The larger number of Whig-controlled presses and their use of inflammatory language, images, and typography dominated the coverage of the event and won the second battle of Lexington and Concord—that of “public relations.” General Gage himself confirmed this when he said, “The press, that distinguished appendage of public liberty, and when fairly and impartially employed its best support, has been invariably prostituted to the most contrary purposes.” The press had certainly been used contrary to British purposes, but it was a great support to the aims of the colonists.

← Prelude to Revolution
Spreading News of the War →
The Battles of Lexington and Concord: A Public Relations Case Study