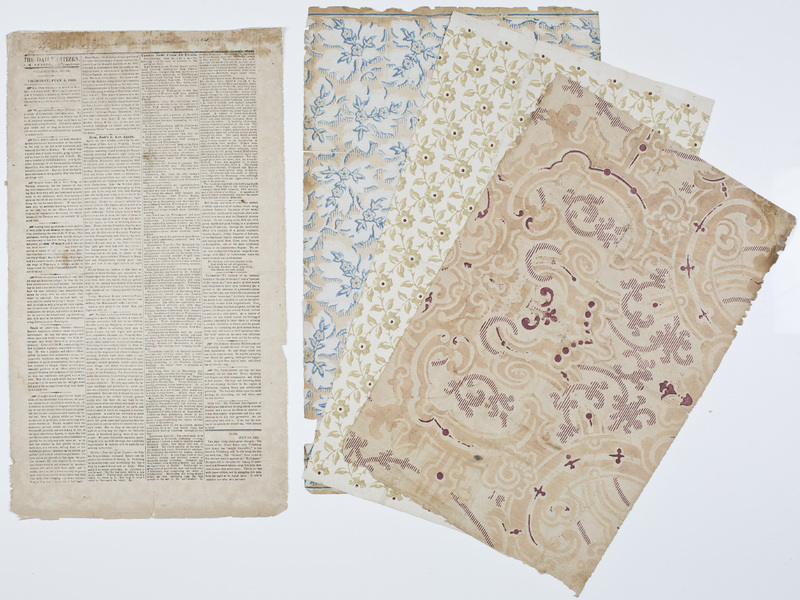 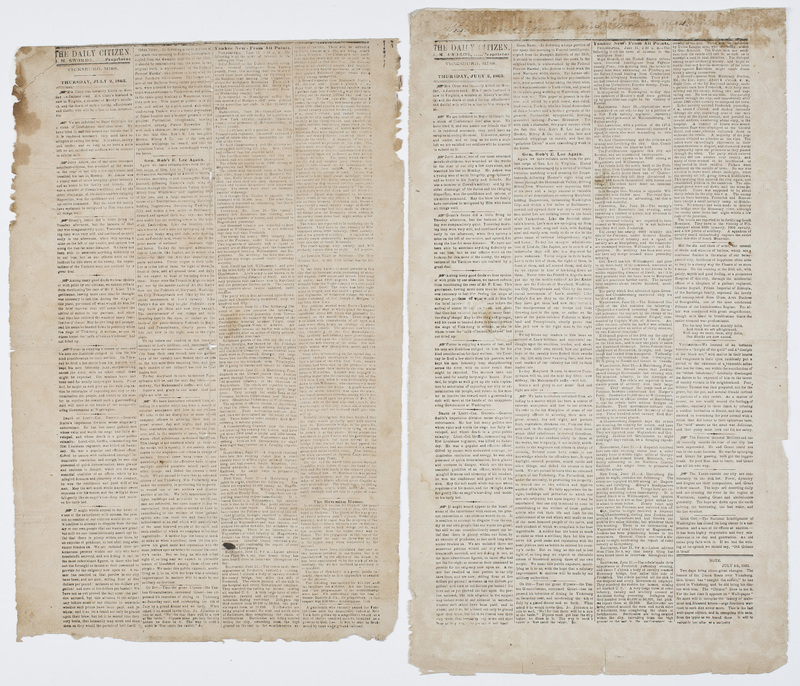 Among the shortages faced in the South as the war progressed was paper. To combat the problem, Southerners began to repurpose paper in any form they could, including wallpaper. Though in most instances wallpaper repurposing was for home use, in rare cases it was also used for publications. This was the solution J. M. Swords, editor and publisher of the Daily Citizen in Vicksburg, Mississippi, used for the June 16, 18, 20, 27, 30, and July 2, 1863, issues of his newspaper. Each was a single newssheet printed on the back of unused wallpaper.

In the case of the Daily Citizen, however, it was not only the use of wallpaper that signified the instability of news and printing in the South. The Confederates surrendered Vicksburg on July 4, 1863, two days after the most recent issue of the Daily Citizen. Swords fled the city, and when Union forces entered the offices of the newspaper they found the type for the latest issue still standing. They replaced two-thirds of the last column with other content, most of it from other type already set, but added a note explaining the appearance of a new edition of the July 2 issue of the paper:

Two days bring about great changes, The banner of the Union floats over Vicksburg. Gen. Grant has “caught the rabbit;” he has dined in Vicksburg, and he did bring his dinner with him. The “Citizen” lives to see it. For the last time it appears on “Wall-paper.” No more will it eulogize the luxury of mule-meat and fricassed kitten—urge Southern warriors to such diet never-more. This is the last wall-paper edition, and is, excepting this note, from the types as we found them. It will be valuable hereafter as a curiosity.

It did indeed become valuable. The AAS collections include an original July 2 issue and multiple copies of the July 4 reprint. One of the issues is also accompanied by a handwritten note identifying its provenance and authenticity.

“The Daily Citizen,” The News Media and the Making of America, 1730-1865, accessed May 26, 2020, https://americanantiquarian.org/earlyamericannewsmedia/items/show/100.