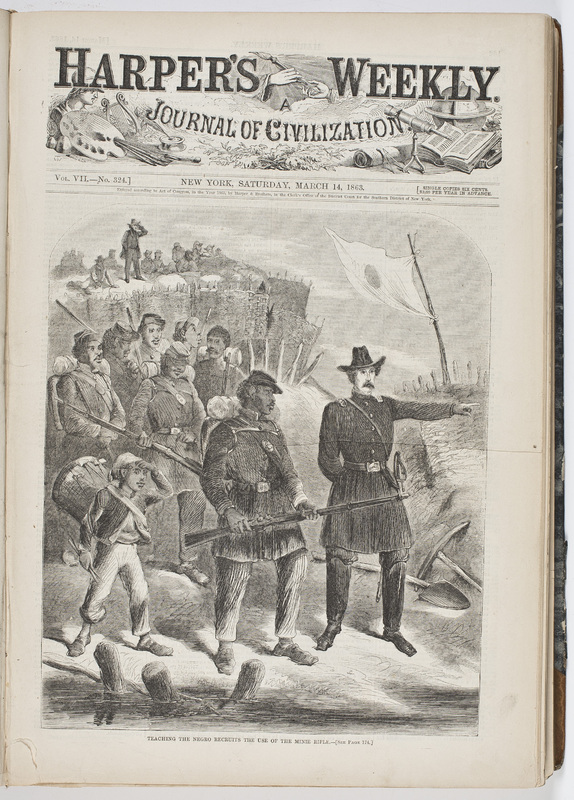 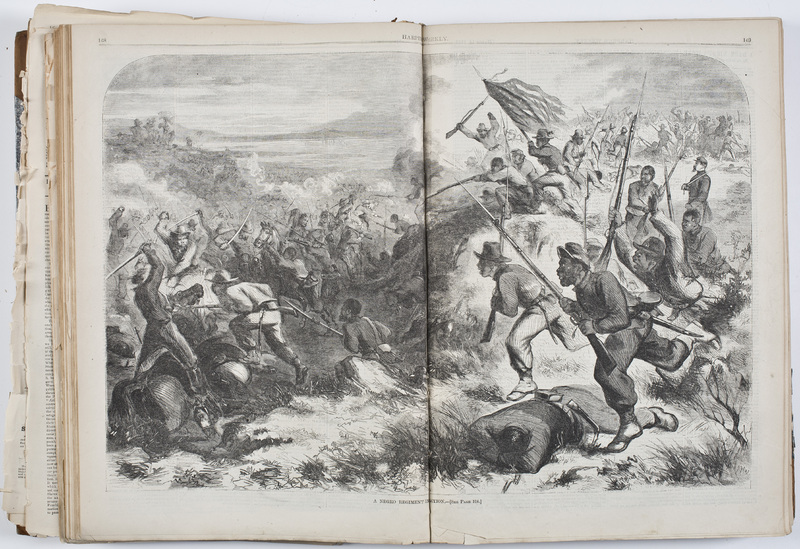 Though much of the imagery surrounding African Americans was full of stereotypes and caricatures throughout the war, even in the North, positive depictions of African Americans began to appear more often as the war progressed. Though some unofficial black regiments were formed after the Second Confiscation and Militia Act in July 1862, it was not until after the Emancipation Proclamation took effect on January 1, 1863, that official recruitment of black volunteers began in earnest. With morale low, white volunteer numbers dropping, and an increasing number of African Americans ready to fight, the influx of black troops was a boost for the Union army. The visual culture began to reflect this change by depicting African American soldiers as eager, quick learning, and courageous, evident in these images from the March 14, 1863, issue of Harper’s Weekly. The first shows new African American recruits learning to use rifles, and the second shows a regiment in battle. These illustrations were also accompanied by an article called “Negroes as Soldiers,” which explains the images and includes quotes from officers praising the new recruits.

“"Negroes As Soldiers",” The News Media and the Making of America, 1730-1865, accessed April 9, 2020, https://americanantiquarian.org/earlyamericannewsmedia/items/show/123.