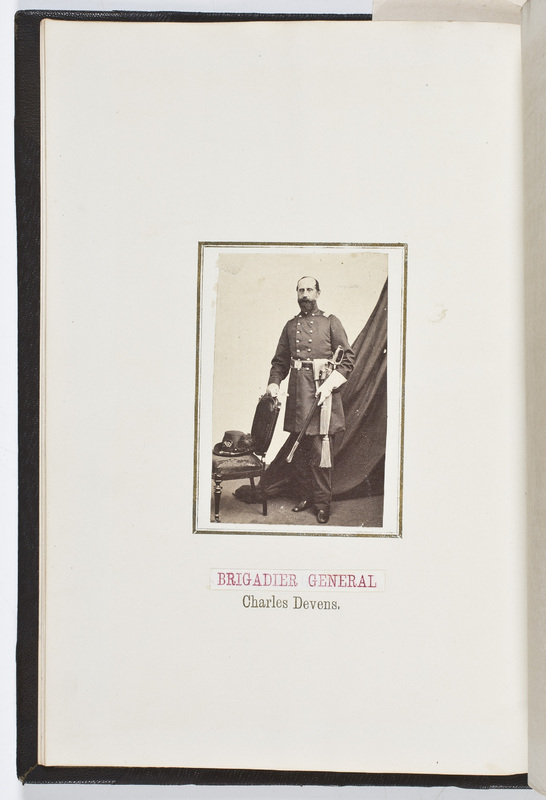 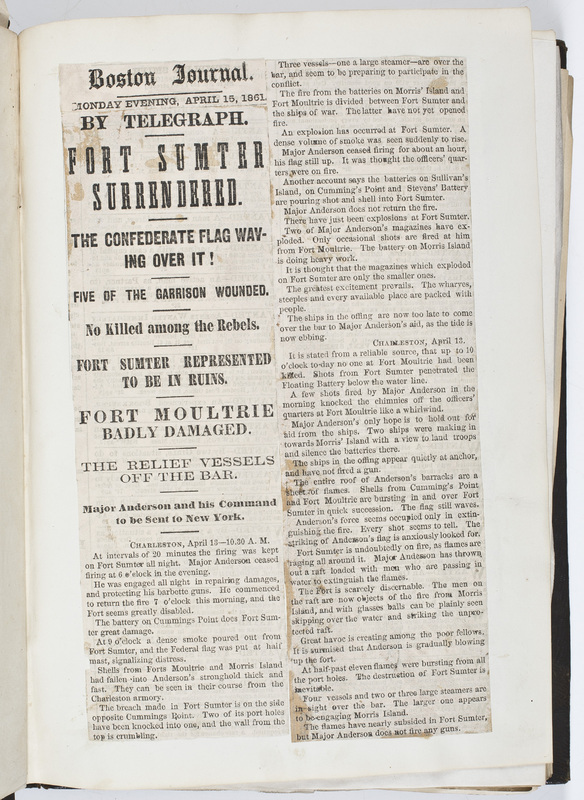 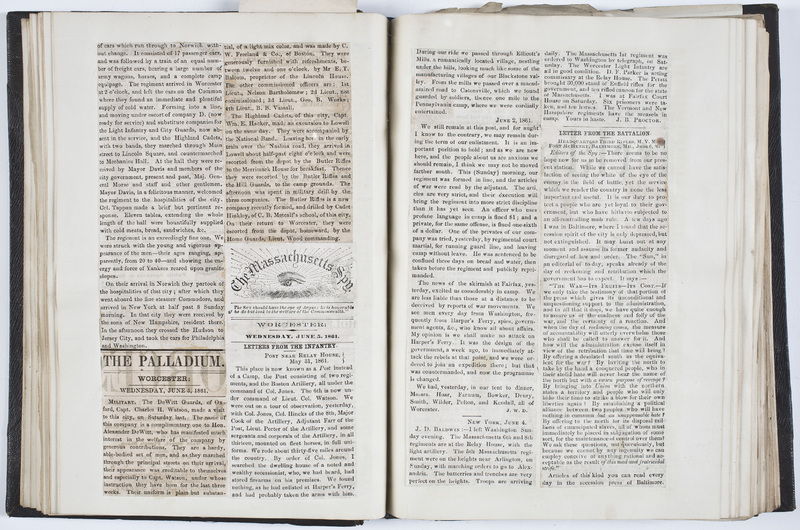 Nathaniel Paine (1832-1917) was a prominent Worcester banker and civic leader who counted among his friends and mentors Edward Everett Hale (1822-1909) and Senator George Frisbie Hoar (1826-1904). An avid lifelong collector, he was a member of the American Antiquarian Society for sixty-six years and served on its Council for sixty.

As part of his collecting activities, he kept scrapbooks on a variety of topics, including the Civil War. Paine had this volume, called A Record of the War of Secession, Vol. I, created and bound specifically for his scrapbooking purposes. It includes portraits of important men and local soldiers, but mostly it is a series of newspaper clippings about war news that would be of particular interest to people in Worcester. As the typed preface states, “The matter contained in the following pages, consists of a collection of cuttings from various local newspapers of the day, showing the part taken by the citizens of Worcester and vicinity, in their efforts to assist the government of the United States, in suppressing the rebellion of the Southern States.” It makes the newspaper central to the development of the war and illustrates how civilians, in both the North and South, were closely following the news and processing what they were reading.