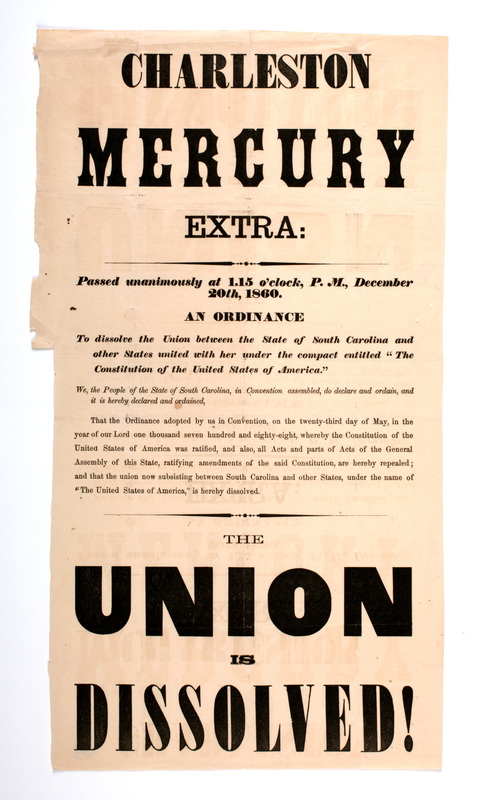 On November 10, 1860, after a decade of political division and just four days after Lincoln’s election, South Carolina called a secession convention for the following month. Considered by virtue of timing to be the first Confederate imprint, this Charleston Mercury Extra: The Union Is Dissolved! broadside announced the convention’s declaration on December 20, 1860, that South Carolina would secede from the United States.