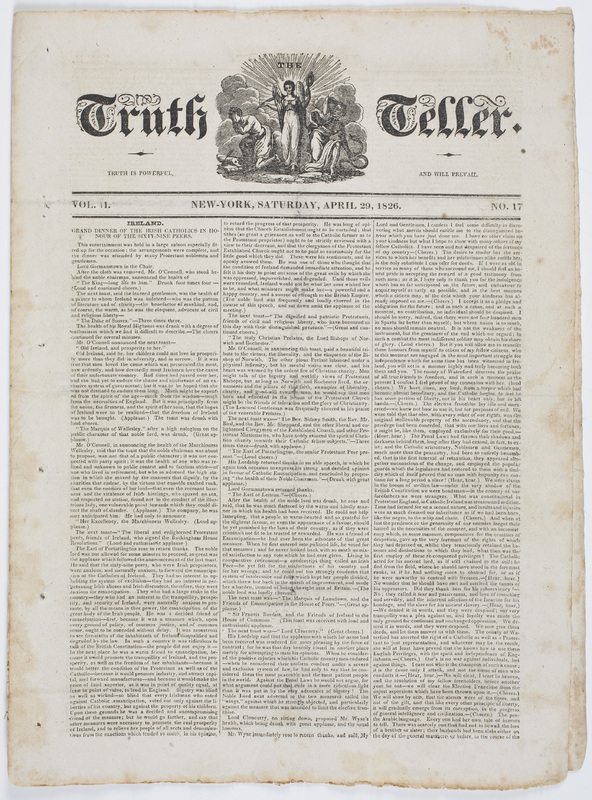 As the country grew in the antebellum years, so did the diversity of its population. This diversity, which included linguistic, religious, and ethnic differences, was reflected in the types of newspapers that appeared. This paper, The Truth Teller, was the first Catholic newspaper published in New York City. It began in 1825 and ran for thirty years, covering topics related to the church (including papal travel), as well as serving Irish and Italian immigrants who were pouring into the city.

“The Truth Teller,” The News Media and the Making of America, 1730-1865, accessed March 2, 2021, https://americanantiquarian.org/earlyamericannewsmedia/items/show/72.