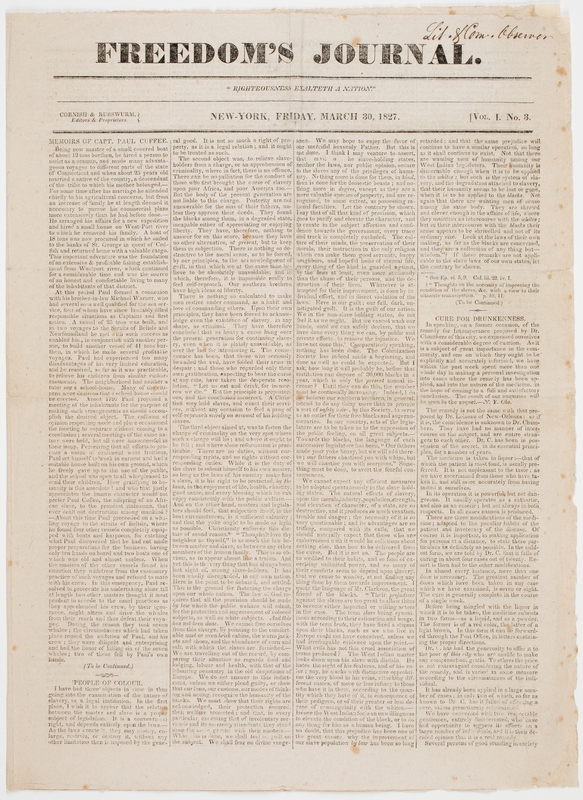 African Americans and abolitionists were among the voices that gained a new outlet during the antebellum newspaper boom. The first newspaper published by African Americans was the Freedom’s Journal, beginning in March 1827. Cofounded by Reverend Samuel Cornish (1795-1858) and John Russwurm (1799-1851) in New York City, Freedom’s Journal sought not only to advocate for the abolition of slavery, but also to serve the local New York community and combat negative depictions of African Americans in the New York press. Although the newspaper lasted only two years, it served as a model for other African American and abolitionist newspapers to come. The issue here discusses slavery, temperance, and the importance of education, in addition to the standard pieces of local news, poetry, advertisements, and human-interest stories.

“Freedom's Journal,” The News Media and the Making of America, 1730-1865, accessed January 19, 2021, https://americanantiquarian.org/earlyamericannewsmedia/items/show/93.