Boston in 1737 was a town becoming a city. It was both a traditional face-to-face community and a modern urban place: a community of strangers. Though the population was only about fifteen thousand, Boston was the largest city in British America at that time. And those fifteen thousand inhabitants were densely crowded onto a 1.2 square-mile peninsula jutting into Boston Harbor. In the mid-eighteenth century, Bostonians were increasingly divided by social and economic class, yet their individual lives were intertwined—in personal relationships, but also in the milieu of local public life. This case study offers a glimpse into the role of news in that milieu, examining how Bostonians navigated public life in their city by publishing, reading, and writing about the news.

The focus is on local news in a local community context. The providential interpretation of events, such as a sermon on a house fire, was part of that context, but so were the practical policy implications of events, such as proposals at a town meeting calling for stricter chimney inspections. At one end of a continuum, news involved major public events and interpretations of events certified by the governor and other local authorities; at the other end, news involved routine events that Bostonians noticed and indexed into the daily rhythms of their lives.

The media through which news circulated in eighteenth-century Boston ranged from oral/aural communication (bells and drums, meetings and sermons, street gatherings and private conversations) to handwritten documents (letters, diaries, and manuscript “publications”) to print (pamphlets, broadsides, printed sermons, almanacs, and newspapers). The items included in this case study reflect the different functions of the media forms and the interplay among them. Often the same news appeared across all or most of these media but in different styles, ranging from terse statements of fact to elaborate interpretive commentary. Of course, the news milieu of Boston stretched out to the entire world; Bostonians were readers of letters, books, and newspapers from abroad. But it was strikingly local as well.

The focus here on one year—1737—suggests the links between events in the city and the uses that people made of those events in verbal, handwritten, and printed communication systems. 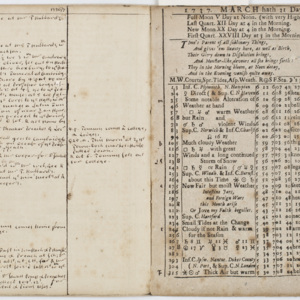 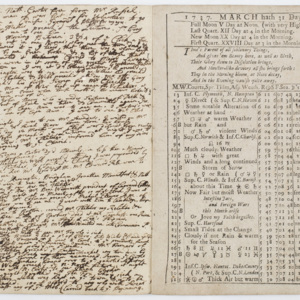 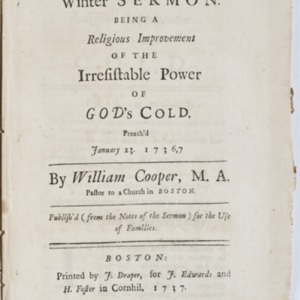 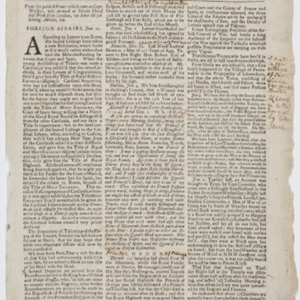 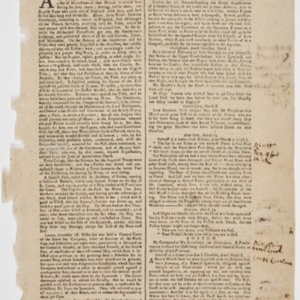 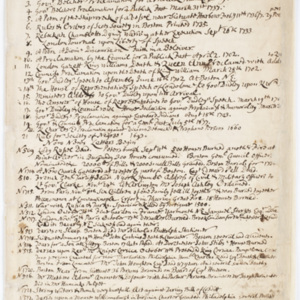 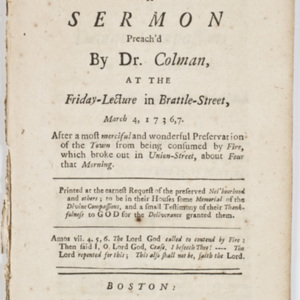 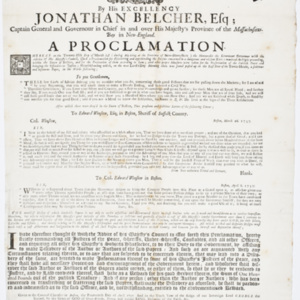 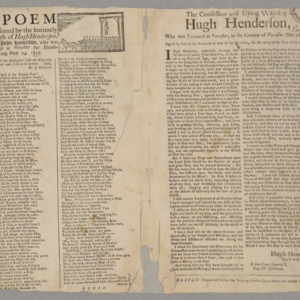