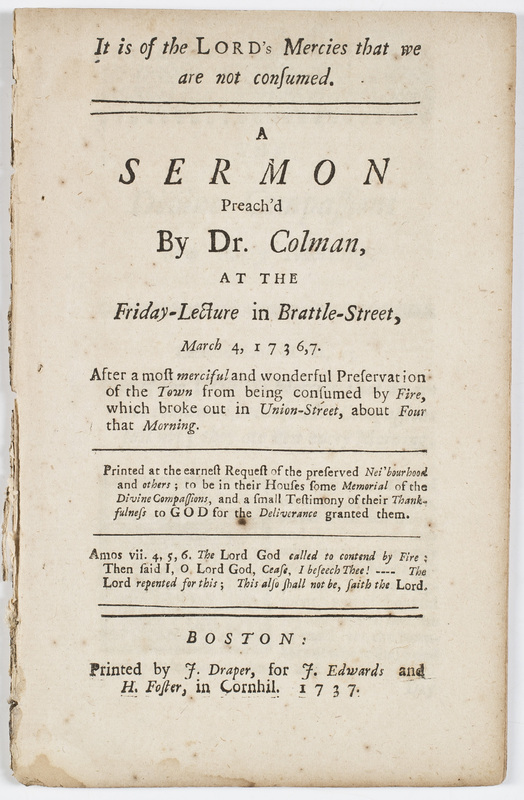 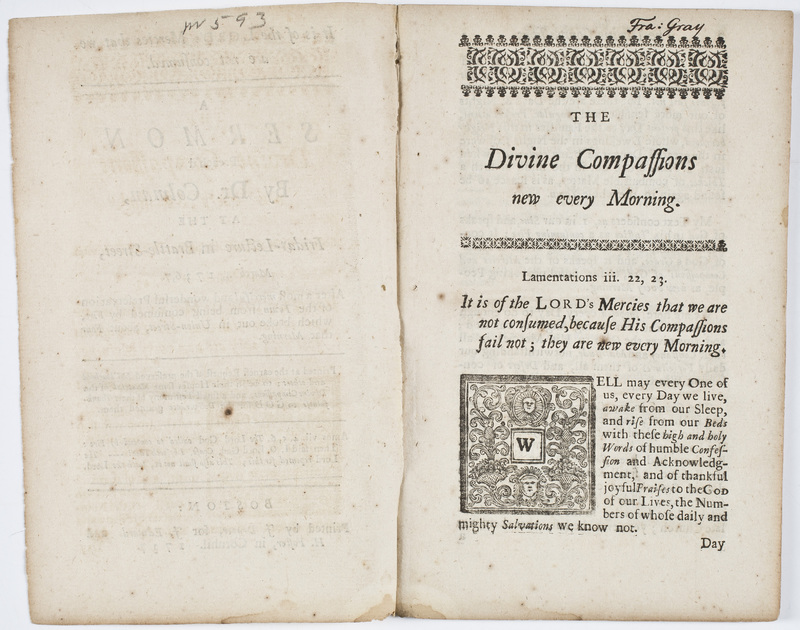 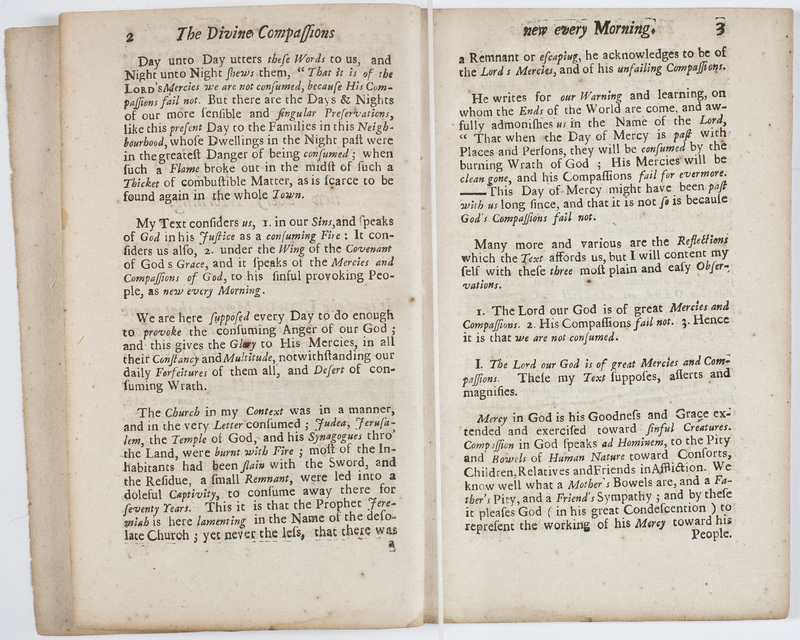 In New England, even in the age of newspapers, which began modestly in 1704 with the launch of the Boston News-Letter, the sermon remained a vital public communication medium for the discussion of news. Though most sermons, especially Sunday sermons, dealt with piety and theology, some sermons were linked directly to public events. For New Englanders the news of the day often carried religious meaning. Preachers discerned in natural and political occurrences the providential hand of God. These event-related sermons sometimes focused on routine and scheduled events such as elections, funerals, or executions. They also commented on unexpected events such as earthquakes, comets, storms, crimes, shipwrecks, and military victories and defeats.

In Boston in 1737 one of the most influential ministers was Benjamin Colman (1673-1747), who had assumed the pulpit of the new Brattle Street Church in 1699. Early in the morning of March 4, 1737, a fire swept through the workshop of cabinetmaker John Brocas. The fire was quickly extinguished, but in a crowded, wooden city such as Boston, a building fire was always a terrifying hazard and, therefore, compelling public news. Diarists such as John Burt and Thomas Prince noted the Brocas fire in their diaries, and over the following week all the Boston newspapers, including the Weekly Journal, carried reports of it. And on the very morning of the fire, the Reverend Colman preached a sermon on it. “It is of the Lord’s Mercies that we are not consumed,” Colman declared, quoting from Lamentations, chapter three, “because His Compassions fail not; they are new every Morning.” One of Colman’s listeners was John Burt, who mentioned in his diary that he attended services that day at the Brattle Street Church.