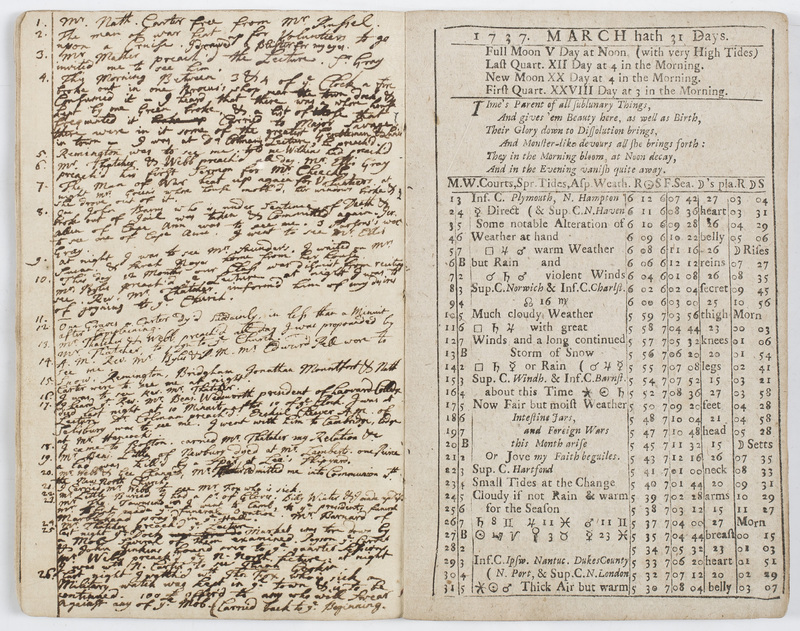 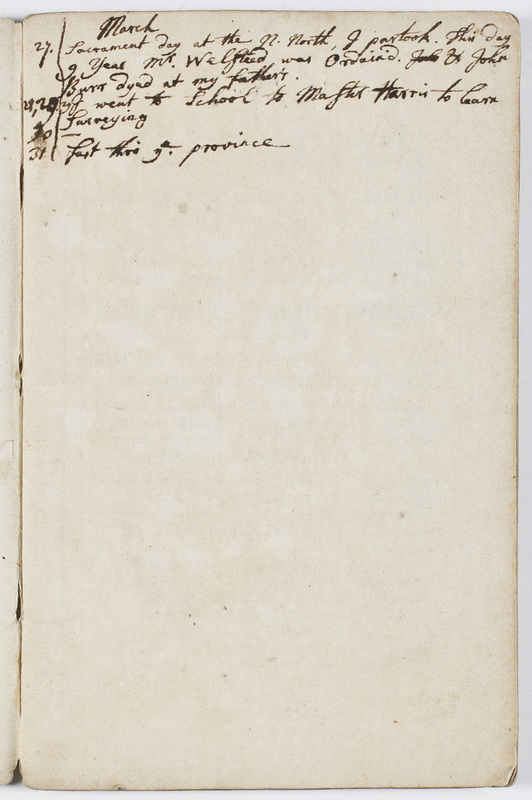 John Burt (1716-75) was born in Boston and graduated from Harvard College in 1736. At the time he kept his diary, he was reading theology with a local minister in Boston. He later accepted a call to the pulpit in Bristol, Rhode Island, and spent his career there until his death. Burt’s diary for 1737 is written into an interleaved almanac, the same issue of the Ames Almanack that Thomas Prince used for his diary that year. Like Prince, Burt intermingled personal, professional, and public events in his entries. He wrote about dinners and church services as well as fires, accidents, and deaths—and the market riot in March, during which a mob tore down several of the city’s market sheds. Some of those events, such as the fire at John Brocas’s woodworking shop and the market riot, were reported in the local newspapers and discussed in sermons that Burt attended. At times, Burt probably learned about an event before it was written up in the newspapers; at other times, he may have gleaned his information from the papers.

Although the Prince diary and the Burt diary include some of the same events, they also have variations. As a young man not yet part of Boston’s elite, Burt had a slightly different perspective than Prince on the news of the day. In his entry for March 4, for example, Burt writes about a salacious bit of news he got by word of mouth: “I heard that there was a whore house kept by one Green broke & a list of those that frequented it carried to Major Savage. There were in it some of the greatest Gentlemen to live in town.” Brief reports of this news event did appear in a couple of the Boston newspapers, but without mention of a list of the brothel’s patrons. The event did not appear at all in Prince’s diary, though Prince and most of the people of Boston undoubtedly knew about it via the age-old news medium of gossip.