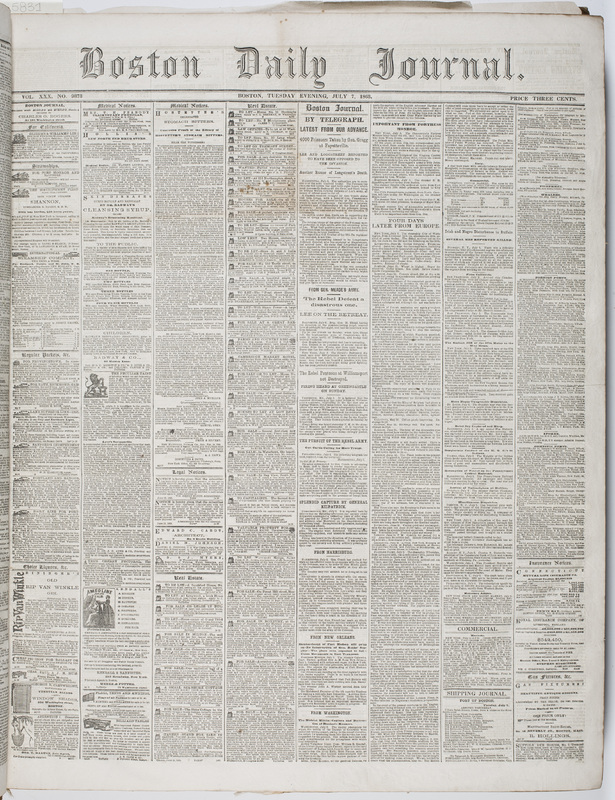 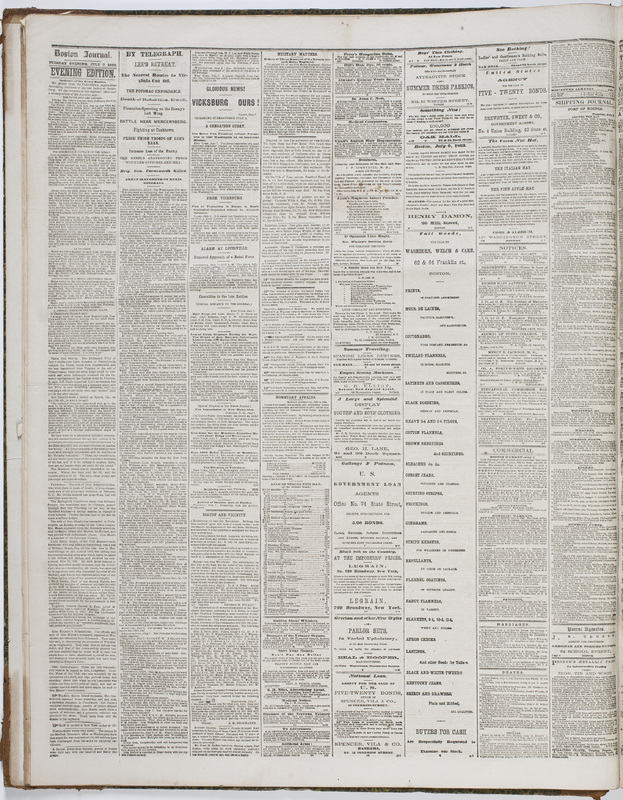 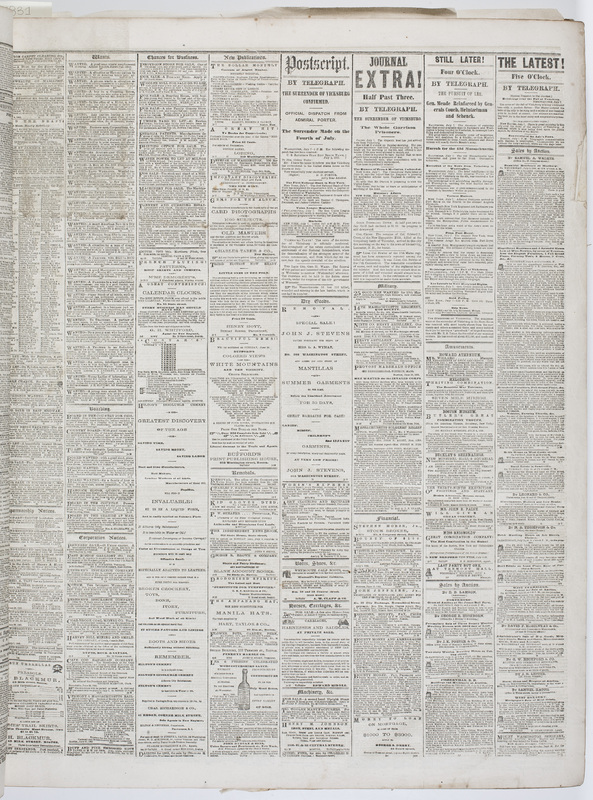 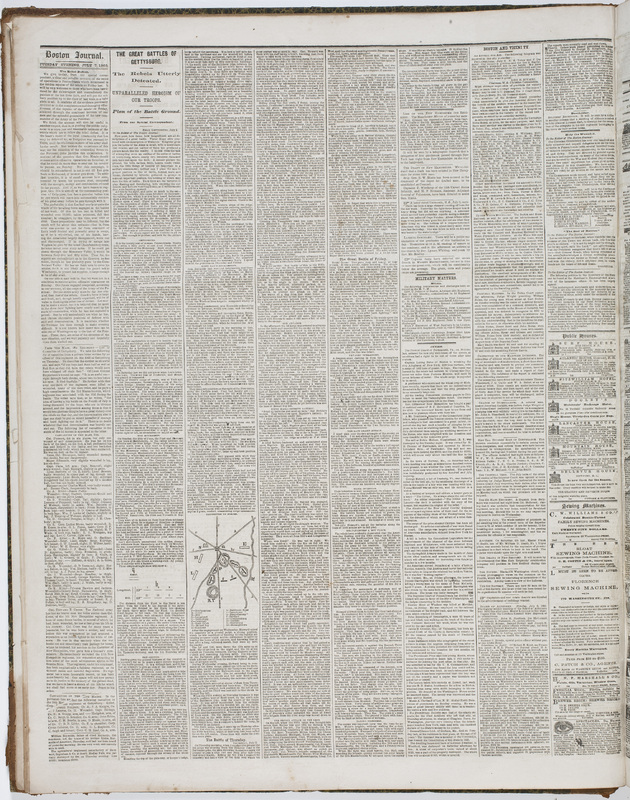 One of the few battlefield reporters to cover the Civil War from beginning to end—from Bull Run to the fall of Richmond—was C.C. Coffin (1823-96) of the Boston Journal. After the Battle of Gettysburg, when the outcome was assured by late July 3, 1863, Coffin made his way by horse and train to Baltimore. After telegraphing a quick story to his newspaper, he set out for Boston by rail, writing his main story along the way, and sending bulletins and paragraphs by wire at station stops. When he arrived at the Journal office on July 6, a crowd of anxious Bostonians had gathered to greet him. He finished writing his story for the July 7 edition, then sprawled out on a pile of newspapers in his office and slept for the first time in days. On July 8 he headed back to Pennsylvania to try to catch up with General Meade (1815-72) and the Army of the Potomac.

This July 7 edition of the Boston Journal includes some of Coffin’s telegraphic bulletins on page 1 and his main story on page 4. The material in this issue illustrates the range of Civil War newspaper journalism. The single large sheet, folded once to make four pages, is typical. Advertising is prominent on pages 1 and 3. During the war the Journal published two editions per day, morning and evening. Wire news usually consisted of short pieces under a general headline, such as “Latest by Telegraph,” and a stack of subheadings. In this issue, a potpourri of facts and rumors have been collected from Harrisburg, Fredericksburg, Baltimore, and Philadelphia. On page 2, breaking news from the Union victory at Vicksburg also appears. Telegraph briefs were typically written in the terse style and present-perfect tense that we still associate with news bulletins: “Gen. Meade has telegraphed that Lee is retreating.” Coffin’s main story, however, is literary journalism. Writing in the romantic style he learned from Victor Hugo and other authors, Coffin seeks to draw his readers into the experience of battle. Page 4 also includes two other staples of Civil War journalism: a long editorial on military strategy and a woodcut map of the Gettysburg battlefield.