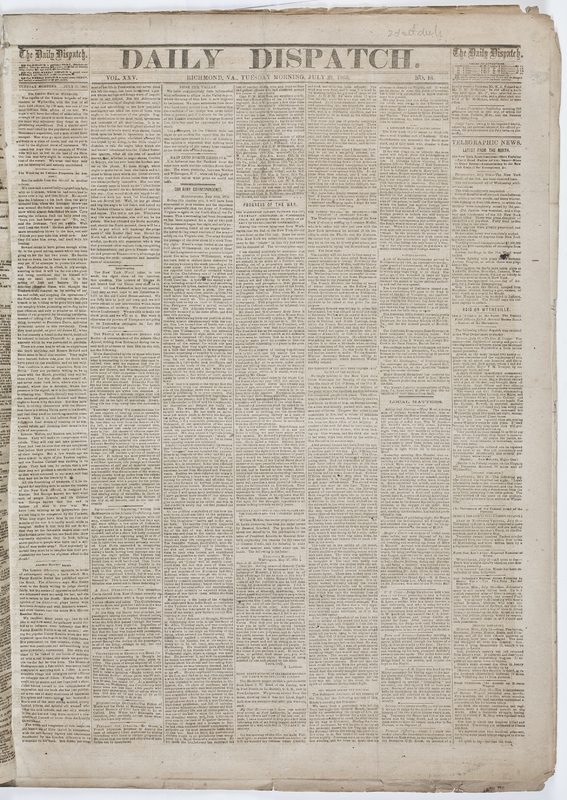 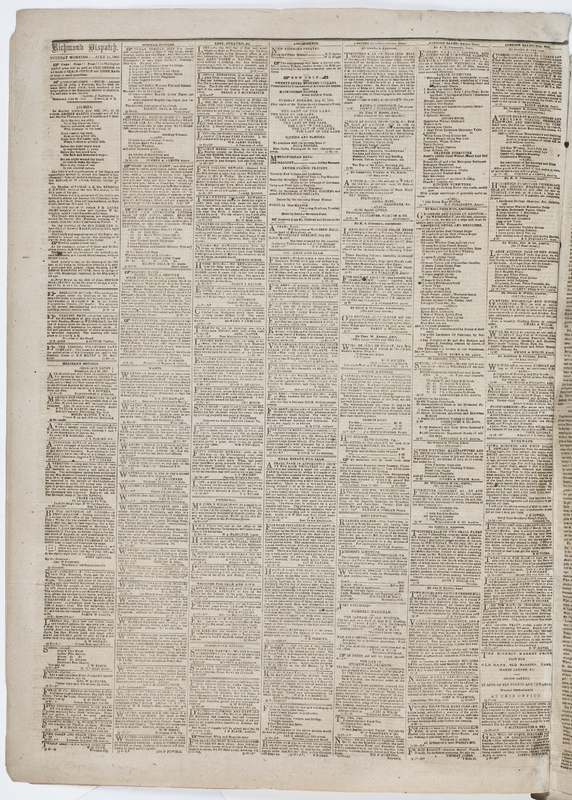 Getting news by telegraph and railroad was much more difficult for Southern newspapers than Northern papers. This was true in general, but even more so when General Lee’s Army of Northern Virginia crossed the Potomac into Northern territory. The first accounts of the Battle of Gettysburg written by Southern reporters who had actually witnessed the fighting did not appear in the newspapers of Richmond, Savannah, and Augusta until July 21, 22, and 23. As always in journalism, information gaps were filled by rumor. At one point, newspapers reported that Lee was advancing on Baltimore after taking forty thousand Union prisoners. The Richmond Examiner dismissed this account as fantasy: “‘Forty thousand’ is a phrase in telegraphic language equivalent to x in algebra. It means that the reporter does not know how many.” A curious aspect of Civil War journalism was that Southern readers, especially in Richmond, often got Northern newspapers before their own newspapers’ reporters could file their stories. These papers arrived by boat from Baltimore under flags of truce.

This July 21, 1863, edition of the Richmond Daily Dispatch illustrates Southern newspaper journalism after a major battle, in this case, Gettysburg. This issue carries genuine war news from Martinsburg, West Virginia, news that Lee’s army had retreated south across the Potomac. But whether this was a rout or a strategic withdrawal remained unclear. The correspondent suggests that it was Meade’s army, not Lee’s, that was “crippled” at Gettysburg. This issue also carries news, gleaned from the New York Herald, about the draft riots in New York City and about discussions in Washington of purported plans for peace. Perhaps the most telling item in the paper is the Dispatch’s own plea for “Rags! Rags! Rags!” on page 2. Getting rags to make paper was a major ordeal in the South during the Civil War.

“The Daily Dispatch,” The News Media and the Making of America, 1730-1865, accessed October 28, 2020, https://americanantiquarian.org/earlyamericannewsmedia/items/show/115.