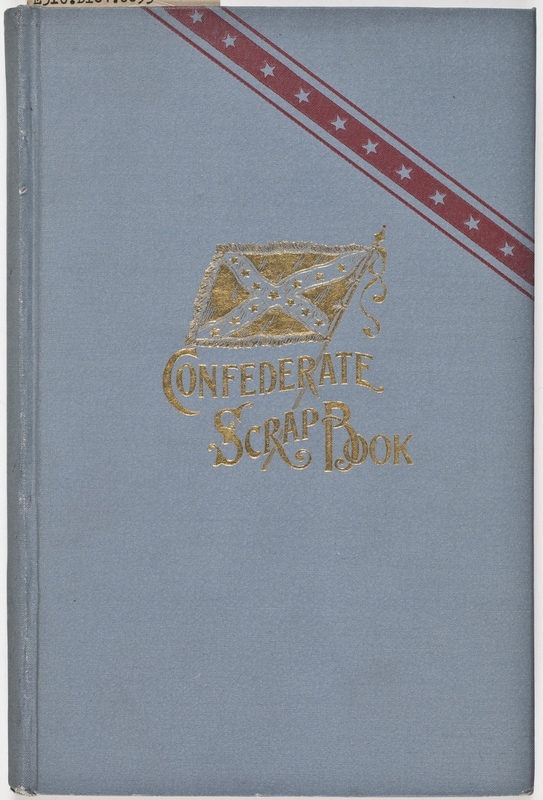 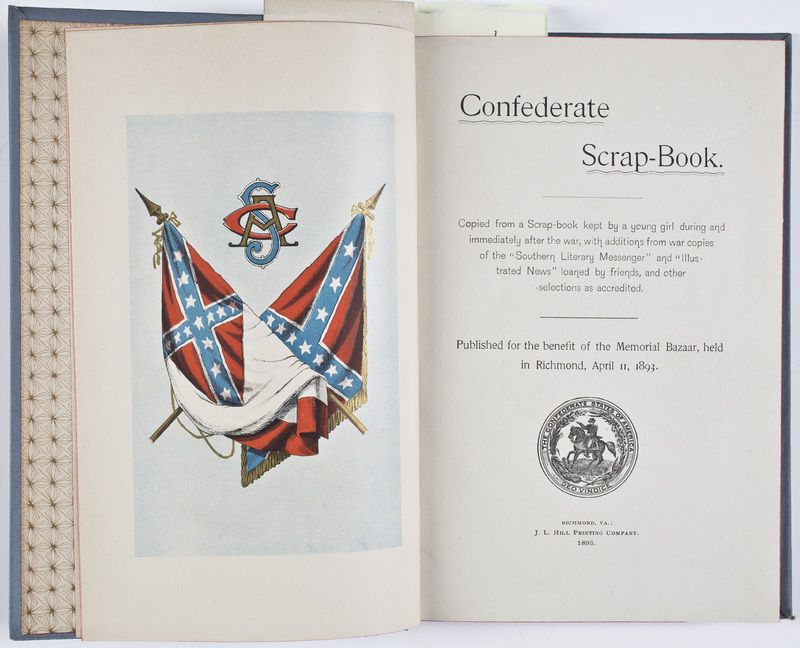 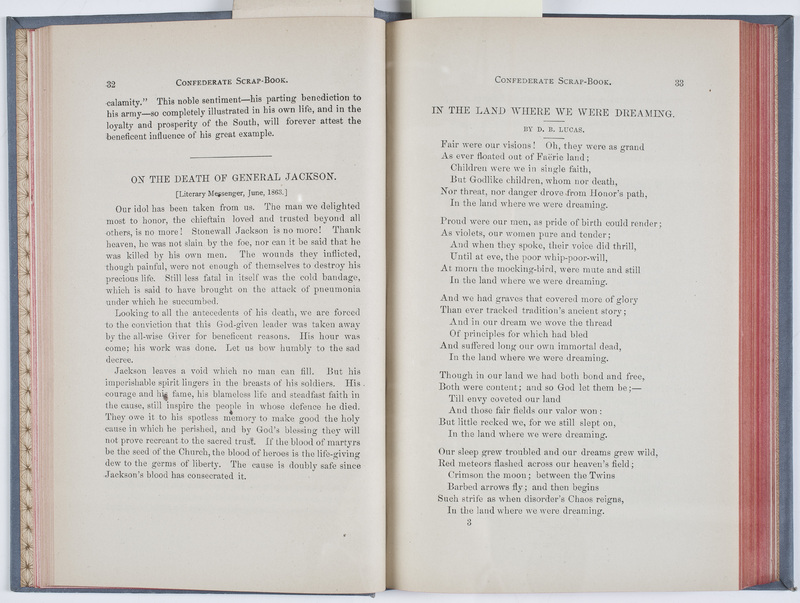 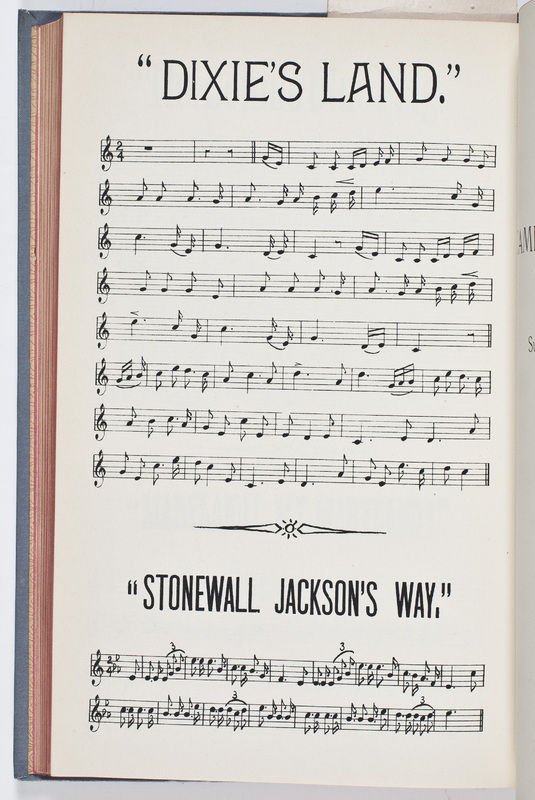 Scrapbooks were a common way for people in both the North and the South to process and keep a record of the war. Thus, they provide insights into what people were reading, what they were feeling, and what kinds of information they found important. A personal take on a collective event provides a powerful sense of authenticity.

This authenticity was central to the publication of Confederate Scrap-Book, which boasts the subtitle “Copied from a scrap-book kept by a young girl during and immediately after the war.” Published almost thirty years after the end of the war for a Memorial Bazaar in Richmond, Virginia, this book, though reproduced only in content and not aesthetic, holds on tightly to its provenance as a wartime scrapbook to give it authority. As the dedication notes, the author, Lizzie Cary Daniel (1848-1915), put the publication together with “nothing of my own but the love of ‘soldier and cause’ which prompted the preservation of these clippings in my childhood.” She dedicates it to her father, “himself a faithful soldier and patriot, whose teaching and example have been the inspiration of his children, as his unblemished life is their priceless heritage.”

Within its pages there are news articles, official military and government orders, and popular music and poems from the Confederacy.

Confederate Scrap-Book. Copied from a scrap-book kept by a young girl during and immediately after the war, with additions from war copies of the "Southern Literary Messenger" and "Illustrated News"...

“Confederate Scrap-Book,” The News Media and the Making of America, 1730-1865, accessed May 31, 2020, https://americanantiquarian.org/earlyamericannewsmedia/items/show/121.