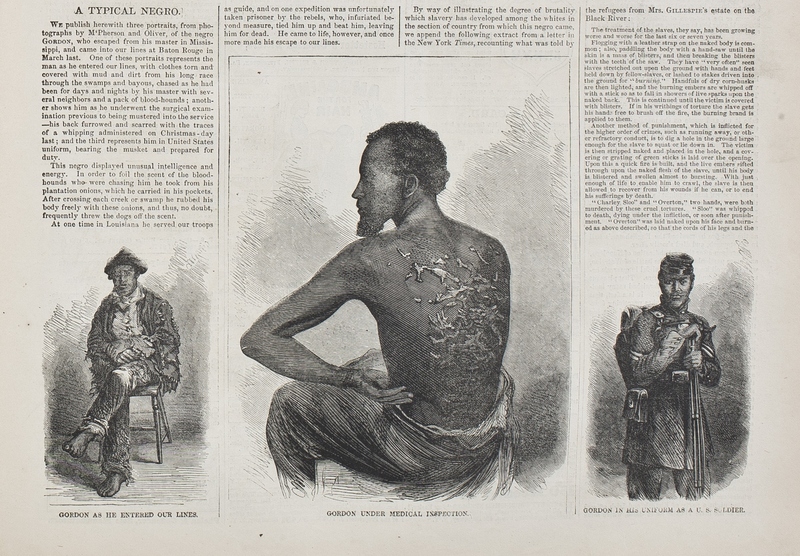 As the war progressed, Harper’s Weekly changed from toeing the middle political (or even apolitical) ground to a more outright Union stance. This was also the case for its attitude toward African Americans. By 1863, especially after the Emancipation Proclamation took effect on January 1, the illustrations in Harper’s depicting African Americans began to lose some of their over-caricaturized and stereotyped elements, and began to actively engage with questions about enlisting and educating former slaves. One of the most famous articles about this subject was “A Typical Negro,” which showed before and after images of a slave-cum-soldier named Gordon, with the largest image of the transformation featuring the formerly enslaved man’s back, scarred from past whippings, exposed during a medical examination performed before enlistment. This engraving was based on a widely circulated carte-de-visite of the same. Though the article took a positive outlook on transforming former slaves into soldiers, and very powerfully demonstrated the improvement provided by enlistment through such images, there was still an element of voyeurism and curiosity about the freedmen and their very recent pasts evident in such pieces.