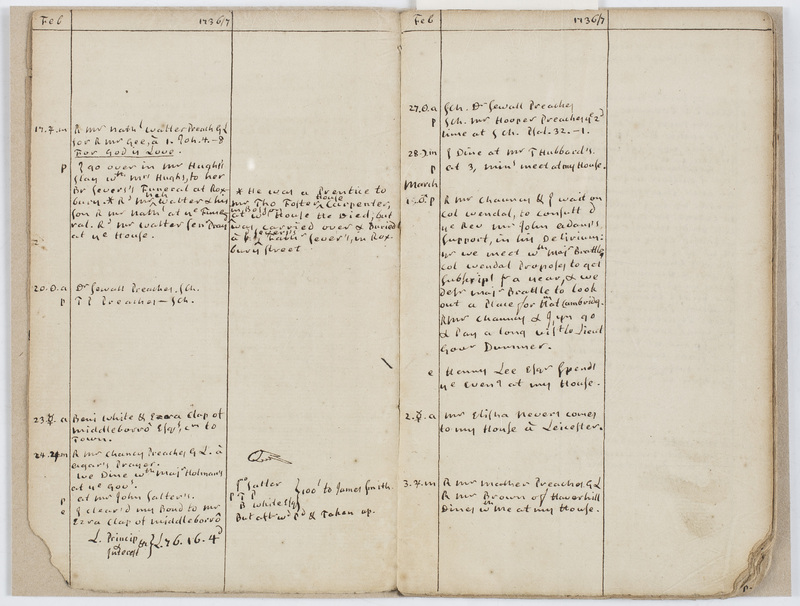 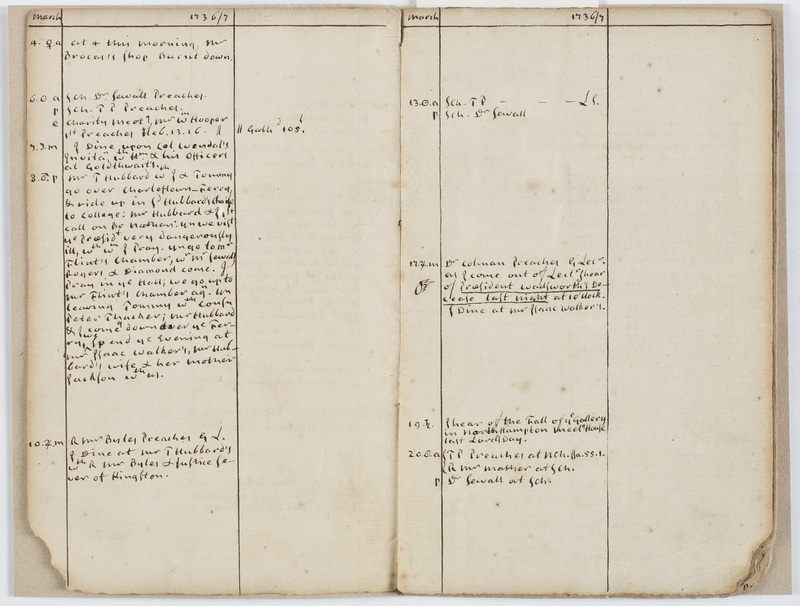 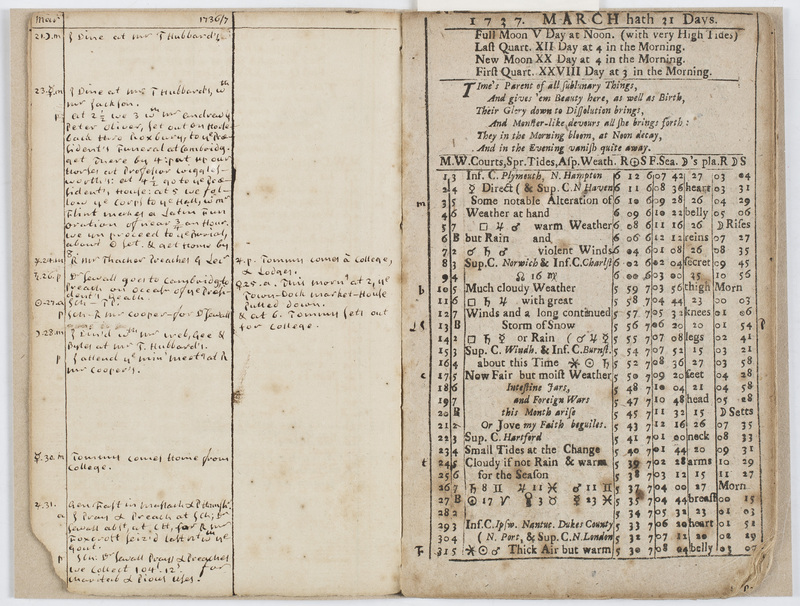 Thomas Prince (1687-1758), born in Sandwich, Massachusetts, was a leading public figure in Boston as senior minister of Old South Church from 1718 until his death. During that forty-year career, Prince was an avid news consumer as well as an important news maker. His surviving diary from the year 1737 illustrates how a prominent person of that era tracked local public news events and blended them together with family and professional activities. The news that Prince recorded included local deaths, fires, accidents, strange weather events, and other public occurrences. Many of the events that Prince wrote into his diary also appeared as news items in one or more of the five local weekly newspapers of Boston. Occasionally, Prince cross-referenced his diary entries with newspaper stories. The diary also illustrates a common diary format of that era: Prince wrote his diary on blank pages interleaved into a 1737 Nathaniel Ames Almanack, a popular New England almanac. In this way, the quotidian rhythms of the natural and political worlds printed in the almanac were intertwined with the rhythms of the diarist’s daily life.

For example, in his entries for March 1737 Prince writes about sermons, meetings, and dinners with local ministers and political friends. He notes when his son Tommy comes home from Harvard for a family visit. But he also records public news, including a fire in cabinetmaker John Brocas’s workshop in the heart of the city, the death and funeral of Harvard President Benjamin Wadsworth (1670-1737), and the collapse of a church gallery in Northampton—events that also appeared in the Boston newspapers. In the typical laconic style of his diary entries, he also recorded the biggest news of the year in Boston: the destruction by an angry mob of the town central market sheds.

A published transcription of Prince's 1737 diary is available here, courtesy of The Colonial Society of Massachusetts.