Boston, April 9, 1773. : Sir, The Committee of Correspondence of this Town have received the following Intelligence... 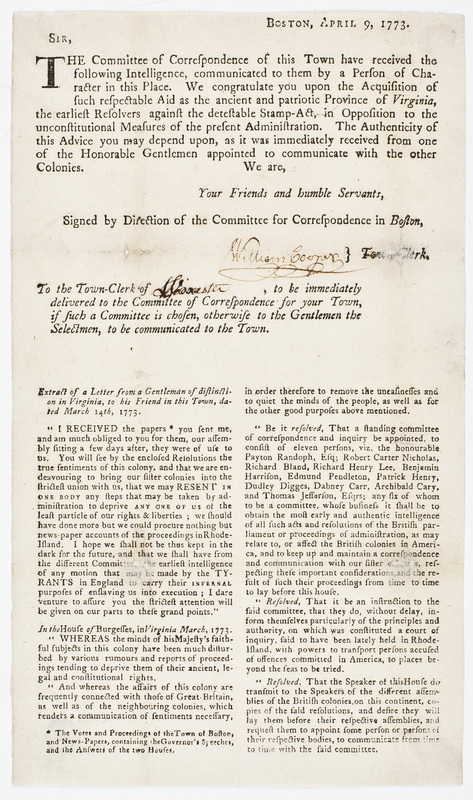 This broadside, printed in Boston in April 1773, contains the text of a letter from the Virginia House of Burgesses informing Boston of the creation of a standing Committee of Correspondence and assuring the New Englanders of Virginia’s continued support in the constitutional crisis. The letter also asks that other Committees of Correspondence be maintained in the assemblies of the other colonies. As the rancor toward British policy grew, it became increasingly important for the colonies to show support for one another, share information, and expand the communication network. This letter, and the reprinting of it, was one means of accomplishing those goals.

Boston, April 9, 1773. : Sir, The Committee of Correspondence of this Town have received the following Intelligence...