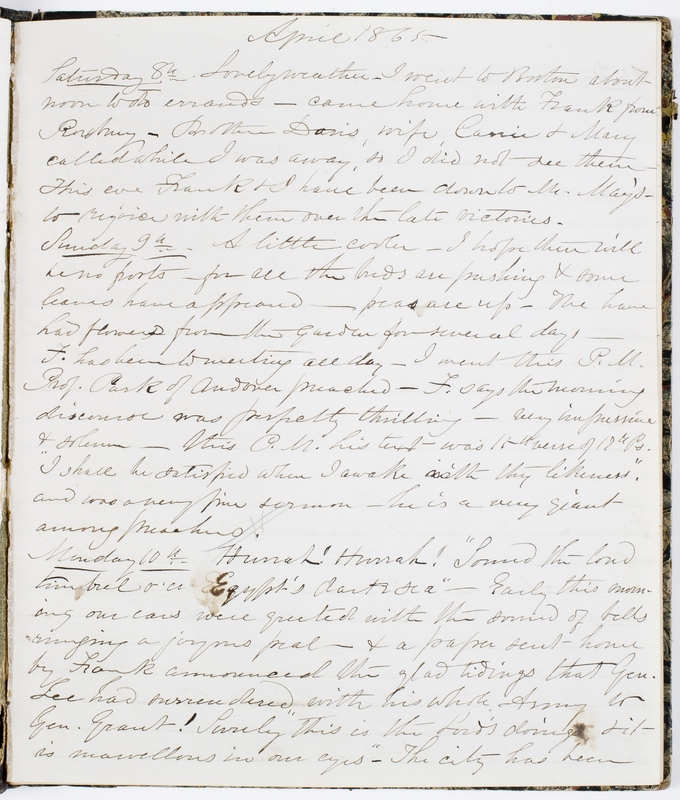 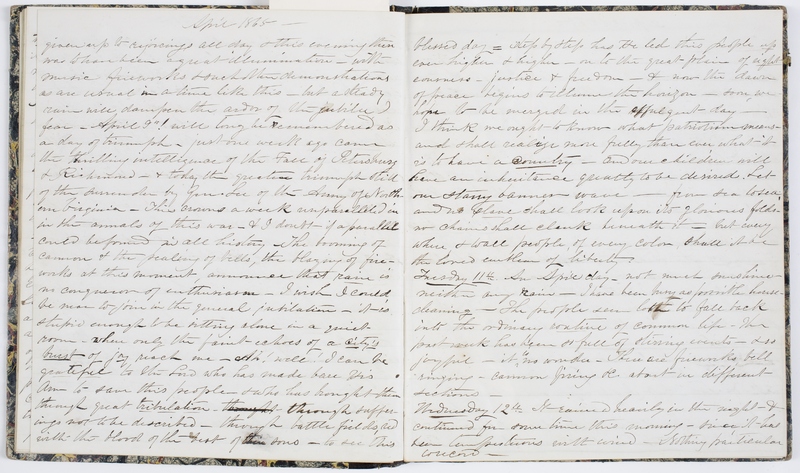 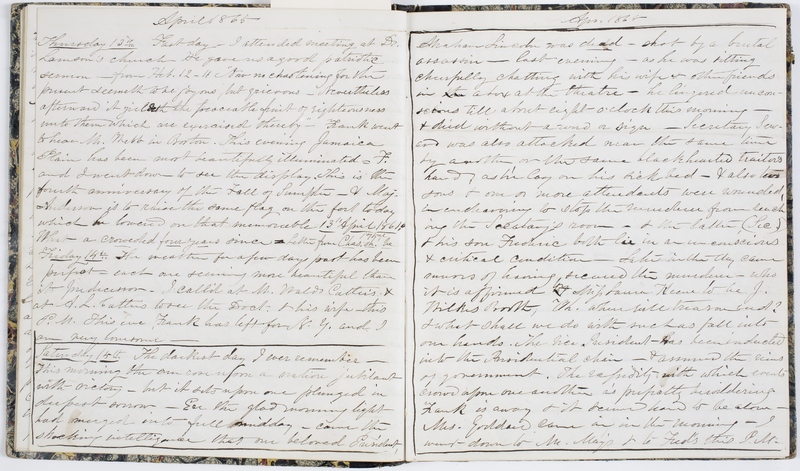 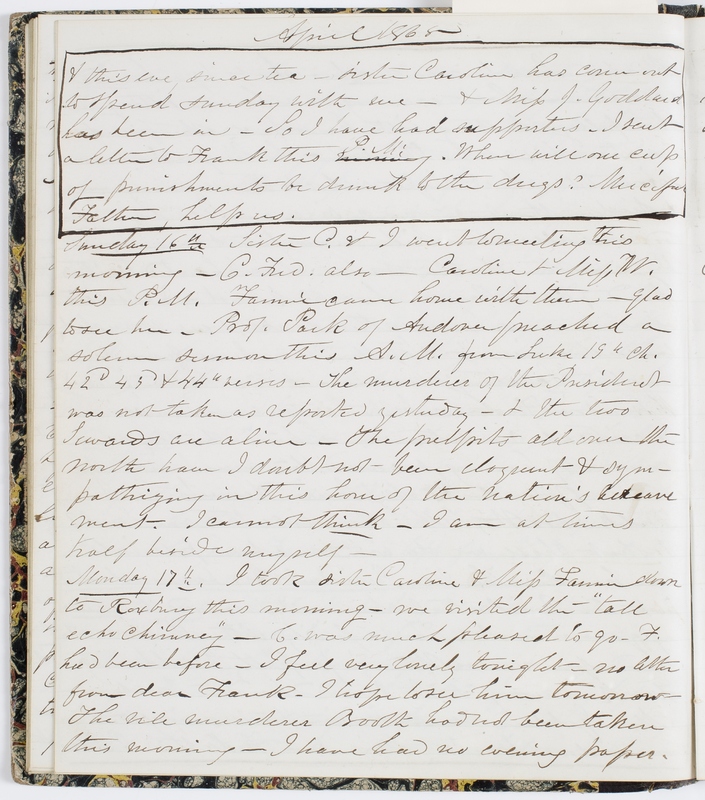 Diary and journal keeping was a common practice during the Victorian era and particularly during the Civil War, by both men and women, North and South. Unlike the generally terse and dispassionate diaries of the eighteenth century, nineteenth-century diaries tended to be more detailed, personal, and expressive. Some kept them for self-reflection and improvement, others as a record of events, and still others for an emotional or even political outlet. Those extant from the war years give insights about every angle of the conflict, including the gathering and processing of news on the home front.

This diary, belonging to Caroline Barrett White (1828-1915), is full of references to and opinions about war news. White was an upper-middle-class woman living in Brookline, Massachusetts, with her husband, Francis (Frank) Adams White (1824-1910), a tanner by trade, and their four children. She started her thirty-volume diary in 1844 at the age of sixteen and ended sixty-five years later in 1914, a year before her death. She was a prodigious record keeper, detailing the events and tasks of every day. She wrote about the weather, calls to relatives and friends, letters she wrote and received, her teaching career, courtship, marriage, and later on her additional duties as a wife and mother—hiring servants, redecorating, nursing her husband and children, shopping trips into Boston, and plays, concerts, and lectures she attended.

She was also an active, insightful, and politically engaged observer of the war. She wrote about her staunch opposition to slavery, her home front contributions to the war effort, and her reactions to news from the front lines and about emancipation. Her diary provides a glimpse not only into one woman’s thoughts about the war, but also into the role the news media played throughout the conflict. From avidly waiting for newspapers to arrive to making sense of conflicting reports to reflecting on the emotional and political impact of events, White demonstrates the importance of the news media to those on the home front. The pages pictured above include her reactions to the news of General Robert E. Lee’s surrender at Appomattox Courthouse and then that of President Lincoln’s death only a few days later.

In later years, White’s interest in national affairs would continue through commentary on subjects such as the transatlantic cable, the Spanish-American War, and her opposition to women’s suffrage.

This transcription includes excerpts from White’s diary focusing specifically on her relationship with news throughout the Civil War. A digital version of the volume of her diary covering February 1861 to June 1862 is available here.