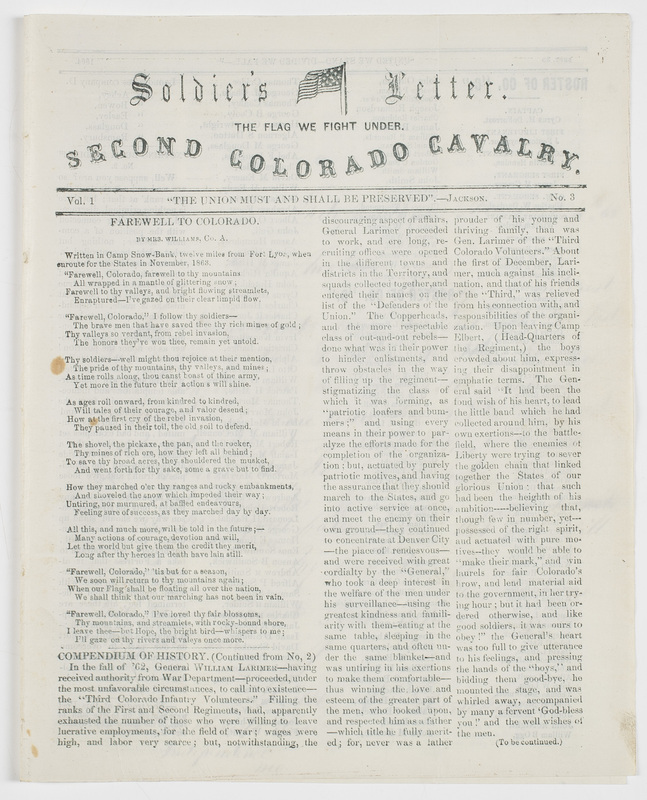 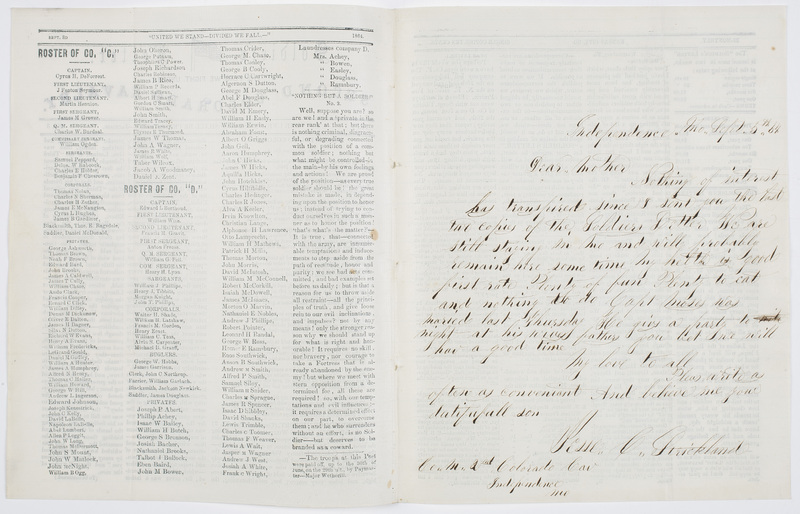 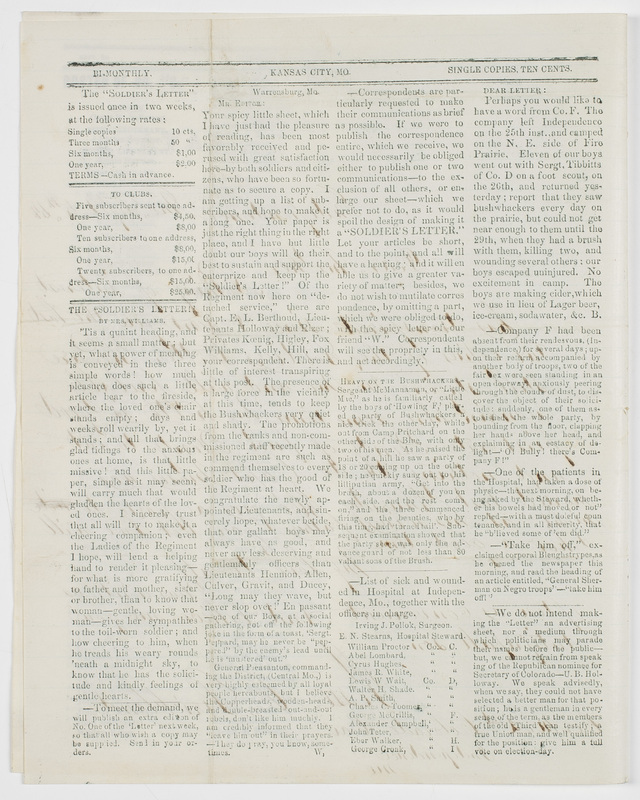 The Soldier’s Letter was a military camp newspaper published in Kansas City, Missouri, and Fort Riley, Kansas. It was issued by the Second Colorado Cavalry and edited by Private Oliver F. Wallace with contributions by other enlisted men and a few wives. It included poems, regiment history, rosters, features about camp life, and letters to the editor.

The scarcity of paper meant that the stock used varied over time, some issues appearing on blank white paper, some on blue, and still others on ruled paper. Each issue was three pages and left one page blank for a soldier to write a letter and mail it home. In the issue seen here, the letter is dated September 5 from Independence, Missouri, and reads:

Dear Mother
Nothing of interest has transpired since I sent you the last two copies of the Soldiers Letter. We are still staying in Mo and will probably remain here some time. My health is good first rate. Plenty of fun Plenty to eat and nothing to do Capt Moses was maried [sic] last Thursday He givs [sic] a party to nite night at his wives fathers you bet we will have a good time.
My love to all
Pleas [sic] write as often as convenient And believe me your dutifufull [sic] son
Jesse. C. Strickland
Co. M. 2nd Colorado Cav
Independence MO

Many camp newspapers during the Civil War were fleeting due to movements and fighting, but the Soldier’s Letter lasted a remarkable fifty issues between August 1864 and November 28, 1865. The Second Colorado Cavalry was stationed in western Missouri and Kansas to protect the region against marauding Confederate guerilla groups and Native Americans. While the troops were from a territory and not a state, the Soldier’s Letter promoted strong ties with the Union, regimental unity, and the abolition of slavery.