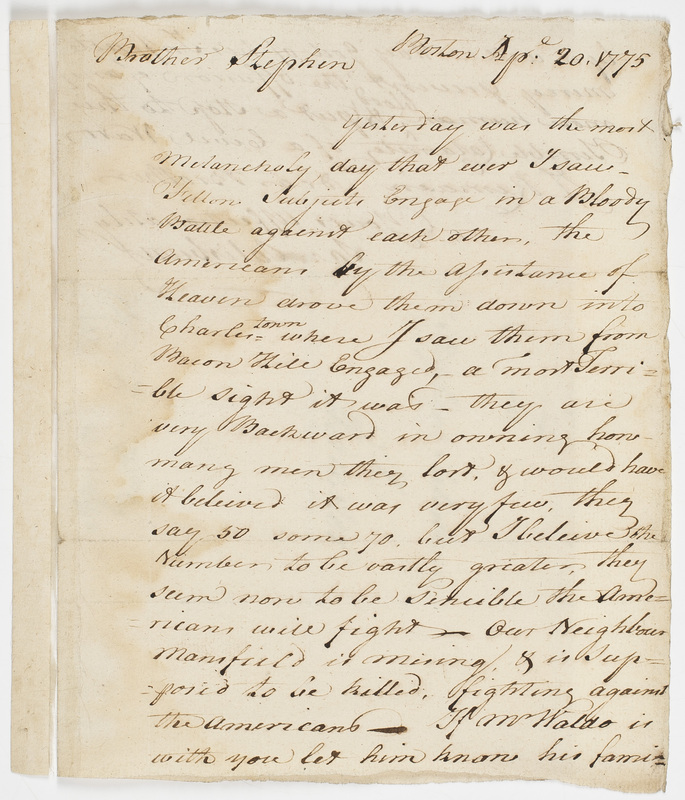 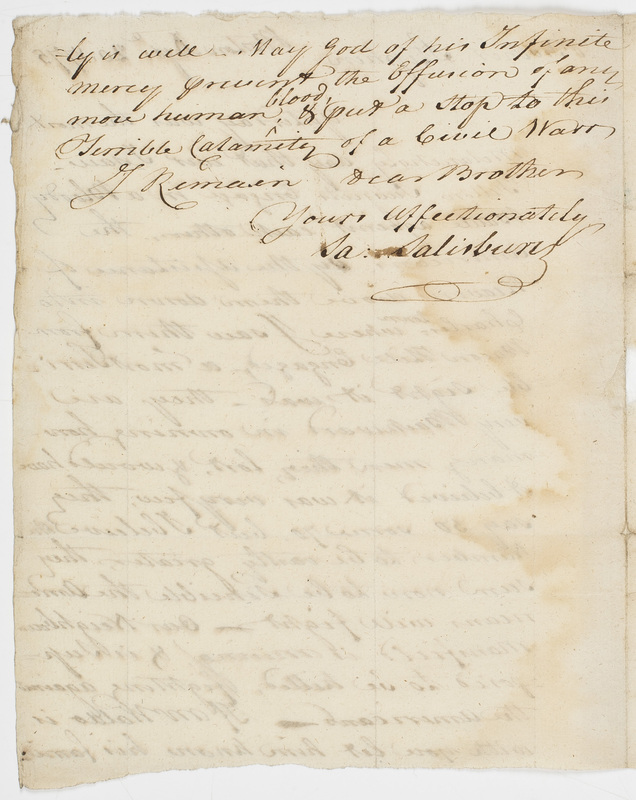 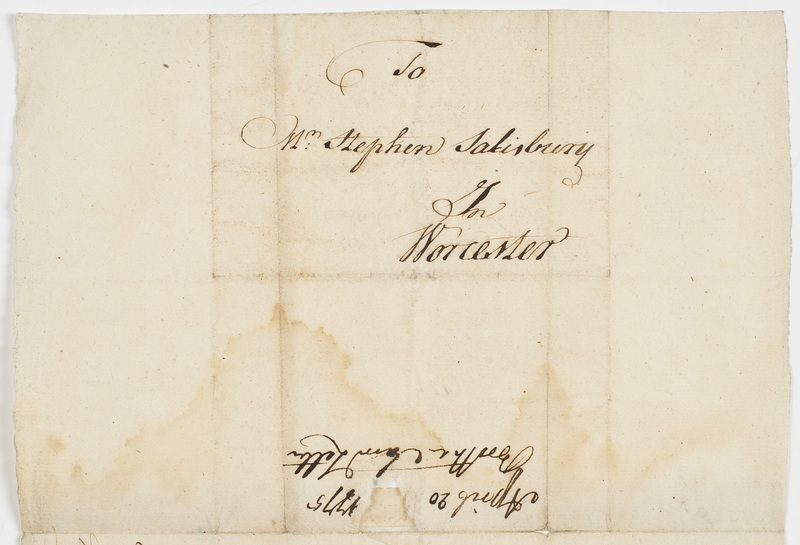 Samuel Salisbury (1739-1818) and his brother Stephen Salisbury (1746-1829) were in business together importing and selling merchandise from England and the West Indies. Samuel was located in Boston while Stephen came to the central Massachusetts shire town of Worcester in 1767. Both brothers would eventually side with the Whigs, but they did so gradually and somewhat reluctantly, preferring to remain apolitical and concentrate their efforts on their private business. Eventually, Stephen would serve on several committees during the war.

In this poignant letter Samuel describes to his brother his reactions to watching from Beacon Hill in Boston the American militia engage with the royal infantry as they retreated from Lexington and Concord. He laments the beginning of this “Civil War” that will become the American Revolution. He chides the royal government for being “backward,” that is, not forthcoming and honest about the number of causalities the troops incurred. There is also a clear sense of pride in how well the American militia fought. Yet this remarkable letter also clearly shows how difficult and uncertain the situation was at the time.

A transcription of the letter can be found here.