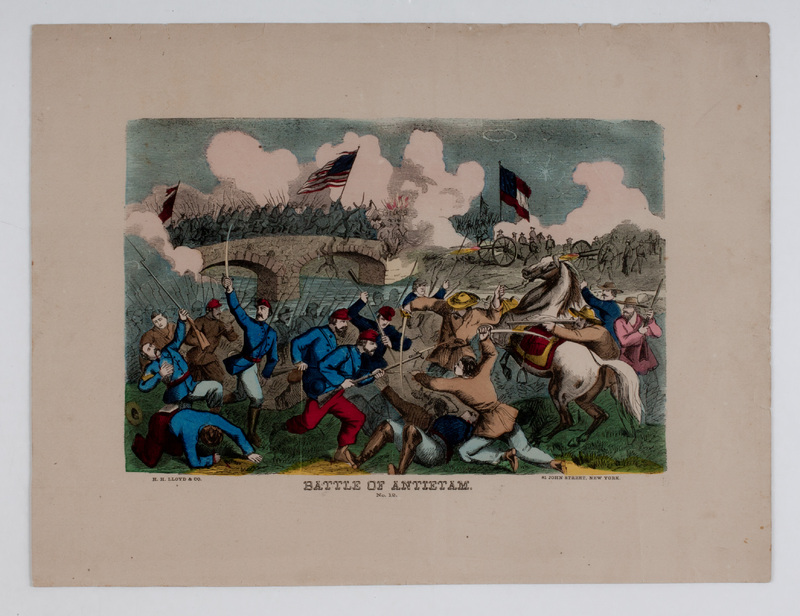 Though lithography gained in popularity in the years leading up to and during the Civil War, relief printing was still a commonly used process for illustration. This hand-colored wood engraving of the Battle of Antietam, which took place on September 17, 1862, and is the single bloodiest day in American history, is one such example. The hand-coloring emphasizes the official uniforms of the Union soldiers versus the mixing and matching of civilian clothes and local and federal uniform styles of the Confederates (it was not until the last year of the war that the Confederate armies reached a high level of uniform consistency). With so many losses early in the war, Antietam was seen as an important Union victory, despite its unbelievably high cost, and thus prime subject matter for printers looking to sell goods to a patriotic but demoralized public.

“Battle of Antietam,” The News Media and the Making of America, 1730-1865, accessed January 19, 2021, https://americanantiquarian.org/earlyamericannewsmedia/items/show/56.