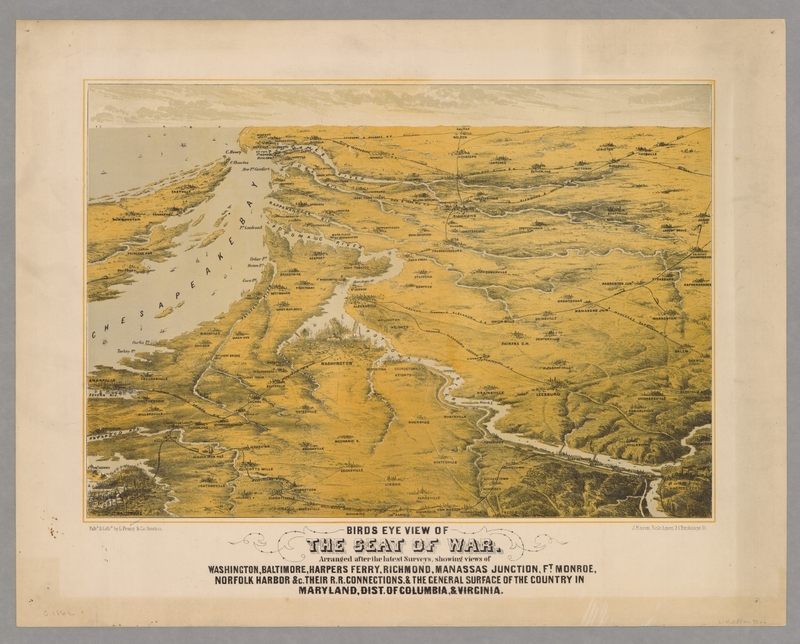 Among the visual ways in which people tried to make sense of the Civil War were maps. Maps helped people visualize the places where their loved ones were fighting, places most of them had never seen. Though few newspapers outside of the illustrated press carried illustrations at this time, many would occasionally provide their readers with simple maps or diagrams. Outside of newspapers, lithography helped to provide more complex maps for public consumption. This 1862 lithograph by the Boston firm of Louis Prang & Co. used the popular “birds eye view” format to give an overview of the lay of the land where most of the fighting was taking place at the time, including significant bodies of water and railroads. As the subtitle explains, it shows views of “Washington, Baltimore, Harpers Ferry, Richmond, Manassas Junction, Ft. Monroe, Norfolk Harbor &c. Their R. R. Connections, & the General Surface of the Country in Maryland, Dist. Of Columbia, & Virginia.”