My Days and Nights On the Battle-Field 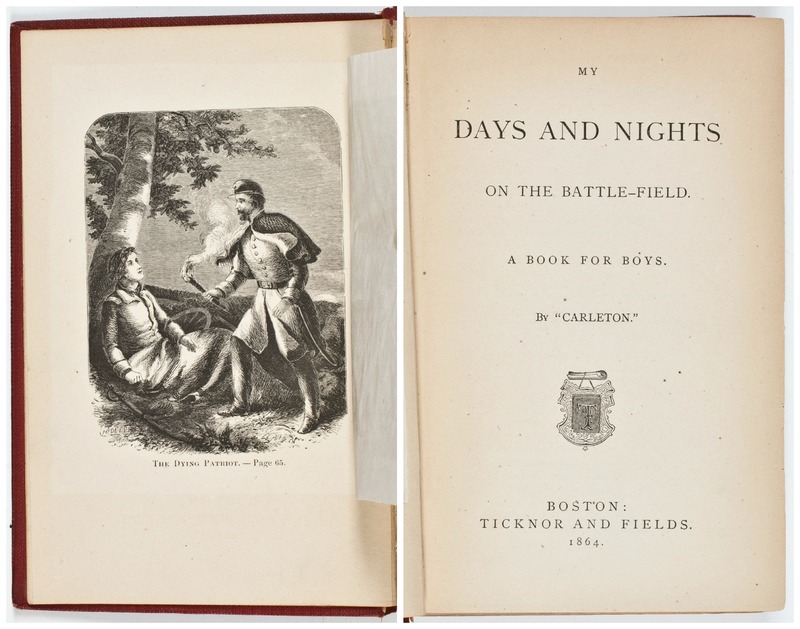 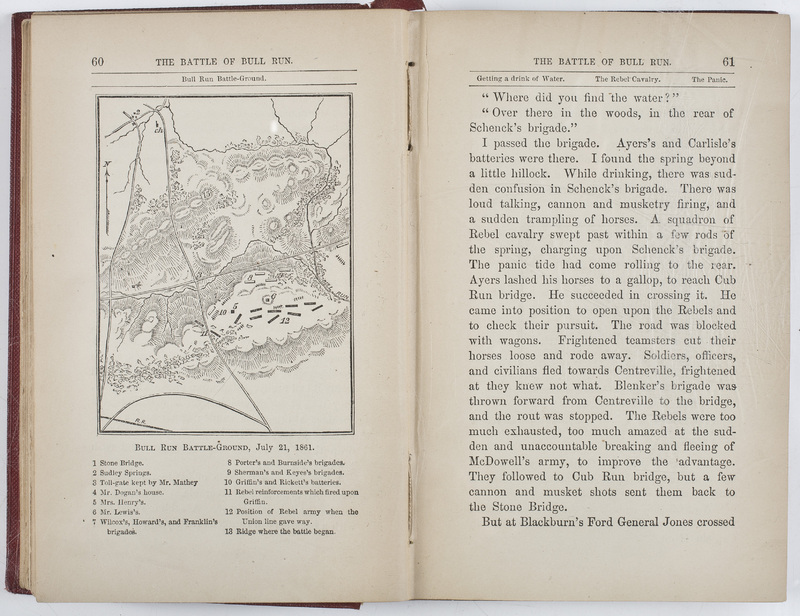 A new sense of professional identity as journalists and writers emerged within the brotherhood of battlefield reporters during the American Civil War. More than a few newspaper correspondents imagined and then achieved careers in literature. One of those was Charles Carleton Coffin (1823-96), who covered the major battles of the war for the Boston Journal under the penname “Carleton.” Coffin’s celebrity as a war reporter helped him secure book contracts with Ticknor & Fields, a major literary publisher in Boston and the publisher of the leading lights of the American literary renaissance, such as Hawthorne, Emerson, and Thoreau. In the decades leading up to his death in 1896, Coffin published a long list of titles on history, biography, and travel. Perhaps his best-known work was his 1866 Civil War memoir, Four Years of Fighting, later republished in a new edition as The Boys of ’61.

Coffin also frequently wrote books for boys and girls, both fiction and nonfiction. This book, My Days and Nights on the Battle-Field: A Book for Boys, appeared in 1864, while war was still raging. The bulk of the book is battle narrative, but the opening chapter is Coffin’s take on “How the Rebellion Came About.” For Coffin, a faithful son of Puritan New England, the root cause of the war was obvious: slavery. In a historical account that reaches back to the frugal, enterprising colonists of Massachusetts and to the indolent, tyrannical tobacco planters of Virginia, Coffin sets the scene for his young readers: “Climate, trade, commerce, common schools, and industry have made the North different from the South; but there was nothing in these to bring on the war,” he writes. “When the slaveholders saw that they had lost their power in Congress to pass laws for the extension of slavery, they determined to secede from the Union. When the North elected a President who declared himself opposed to the extension of slavery, they began the war.”

My Days and Nights On the Battle-Field

My Days and Nights On the Battle-Field. A Book for Boys.