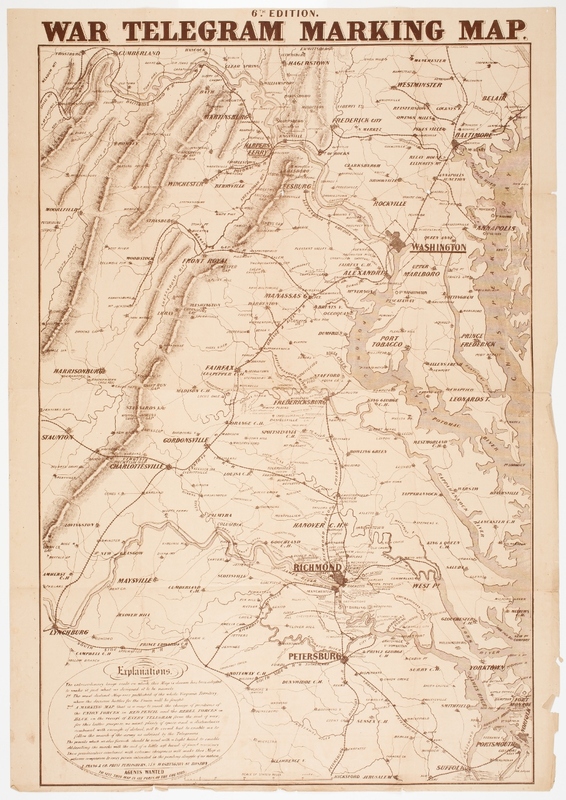 Maps were one tool people used to make sense of the war and visualize the places where their loved ones were fighting, places most of them had never seen. Though few newspapers outside of the illustrated press carried graphics at this time, many would occasionally provide their readers with simple maps or diagrams. Outside of newspapers, lithography helped to provide more complex maps for public consumption. Louis Prang & Co. of Boston took advantage of both lithography and the immediacy of news provided by the telegraph to create this War Telegram Marking Map. The firm churned these out as quickly as possible for the Northern public to see where the troops were and to follow along and mark the map up as the action happened—this 1862 copy is already the sixth edition. As the map explains, one was to “mark the change of positions of the UNION FORCES in RED PENCIL and the REBEL FORCES in BLUE, on the receipt of EVERY TELEGRAM from the seat of war.” Plenty of room was left for marking, and the pencils, which could be erased with “a little soft bread,” were provided with the map. These “peculiarities combined with extreme cheapness will make this Map a welcome companion to every person interested in the pending struggle of our nation.”