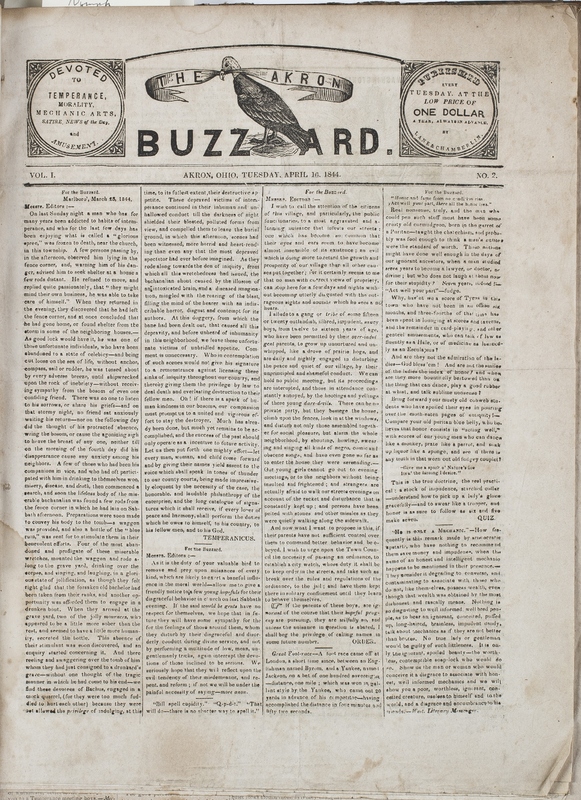 The Akron Buzzard from Akron, Ohio, targeted several different but related audiences, devoting itself to “Temperance, Morality, Mechanic Arts, Satire, News of the Day, and Amusement.” The rise of precision metal manufacturing and the introduction of steam power into factories made it particularly important for workers to be sober and clear-headed, leading many mechanics and factory owners to be advocates of temperance. And though in many ways its inclusion of temperance and morality pieces situates it with other reform papers, the addition of information aimed at mechanics broadens its appeal. True to its word, this issue has stories about a death due to intemperance, the misbehavior of some young gentlemen in church, disturbances caused by a gang of teenage boys, the value of mechanical trades, local news tidbits, and jokes.

“The Akron Buzzard,” The News Media and the Making of America, 1730-1865, accessed June 17, 2021, https://americanantiquarian.org/earlyamericannewsmedia/items/show/95.