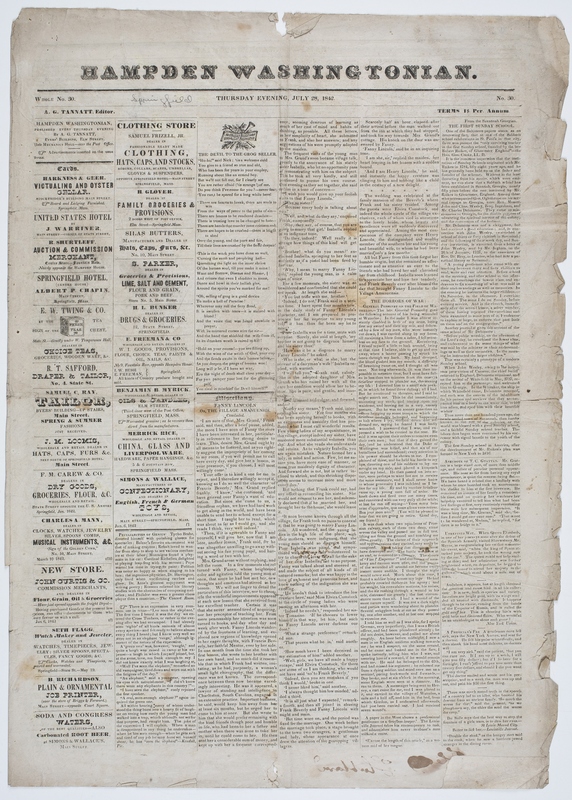 Among the print media reform movements used to spread their messages were newspapers. This temperance newspaper was printed in Springfield, Massachusetts, and distributed throughout Hampden County, providing a unifying voice for the local temperance community. The newspaper—which took its name from the Washingtonian Society, a precursor to Alcoholics Anonymous that focused specifically on an individual’s relationship to alcohol rather than society’s as a whole—included stories about the ill effects of drink, positive facts about temperance, and news of success stories. In addition to the focus on temperance, it also included some local news and advertisements, as well as other miscellany.

“Hampden Washingtonian,” The News Media and the Making of America, 1730-1865, accessed April 9, 2020, https://americanantiquarian.org/earlyamericannewsmedia/items/show/96.