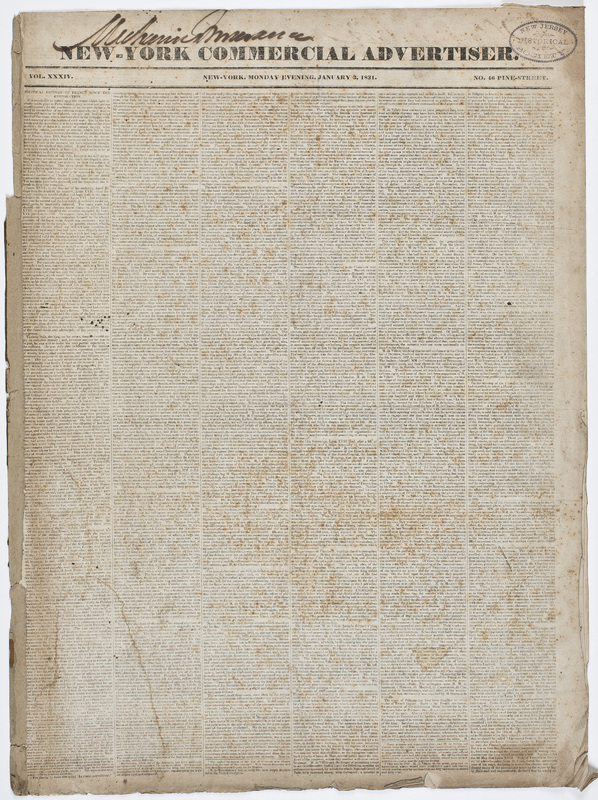 The New-York Commercial Advertiser was perhaps the most prosperous of the half dozen or so mercantile dailies that dominated journalism in New York in the 1820s and 1830s before the rise of penny papers such as the New York Sun. These papers were aimed at the political and business elites of the city, typically selling by subscription at the relatively high price of six cents a copy. The Commercial Advertiser’s name suggests its content: lots of financial and market information and lots of advertising, which was often also aimed at businesspeople. This particular issue from 1831 is somewhat unusual. While often the first and fourth pages of the mercantile newspapers were dominated by advertising, this issue devotes its entire page 1 to a history of France.

The Commercial Advertiser was one of the most durable fixtures of nineteenth-century journalism in New York. It survived, with just slight name changes, from 1797 to 1904. Though the paper was mainly concerned with commercial news and information, it also engaged with the major political issues of its time, including a long-standing opposition to slavery.