Though not every book is able to be digitized, the American Antiquarian Society strives to make as many items as possible available digitally. A staff member stands before a planetary camera that produces microfilm which is later digitized. The camera is mounted at the top of the boom and can be moved up and down depending on the size of the material. The table also oscillates and moves side to side to capture medium to very large newspaper volumes.

Given how much evidence AAS catalogers, curators, and researchers glean from the physical copies of books, it is clear the library will always be a safe haven for material forms of printing and handwriting in an increasingly digital world. While never losing this primary focus, the Society is also positioning itself as a digital haven and a site for engaged conversations about the intersections between older and newer forms of communication technology. The Digital Antiquarian conference and workshop held in Worcester in 2015 is one example of the Society’s many digital projects.

Far-flung readers who are unable to visit the library in person are nevertheless able to access the contents of many of AAS’s books online. An added potential benefit of digitization is less handling of the original materials. Each time a book is paged from the stacks there is a possibility it may never make it back to the shelf, or at least not in the same condition. It could be dropped, damaged, mis-shelved, or even stolen. A digitized version of the text can fulfill most researchers’ needs and allows the original to remain available for those who will need to use it in the future. AAS has digitized some items from the William C. Cook Jacksonian Era Collection, a number of which are featured in the gallery at the bottom of this page.

The Society has been at the forefront of the movement to provide reproductions of library collection materials to audiences that cannot get to a rare book library in person. Even before the digital age, the Society was involved with earlier innovative “micro” forms: microprinting, microfiche, and microfilm. More about AAS’s history with all forms of reproduction can be found in an article from the Society’s Proceedings: From Microprint to Megapixels: The Fifty-Year Partnership between Readex and the American Antiquarian Society. More recently, for well over a decade AAS has been making as many rare materials available online as possible.

Some newly acquired collection items are digitized as part of large projects focusing on a particular genre, subject, or time period (for instance, amateur newspapers or crime and punishment or early American imprints before 1820). Usually these projects are done in partnership with outside vendors. Dedicated AAS staff members coordinate the work of getting each collection item safely out from the stacks and then back again to the same spot. Curators also may select material that is particularly interesting, fragile, or unique and request that it be digitized by the AAS in-house photographer. Extremely fragile newspaper issues are one example of a project done in-house: about one hundred newspaper titles have full issues available freely online from AAS here, including dozens from the Jacksonian Era. A large portion of the graphic arts collections are available digitally, including all maps prior to 1820 and all political cartoons—almost forty of these political cartoons feature Andrew Jackson and can be viewed here.

An A-Z list of digital resources describes all of the digital resources available to researches while at AAS and also indicates which ones are available from anywhere. The Society makes hundreds of thousands of images freely available digitally online in the AAS Digital Image Archive named GIGI. To search for images freely available in GIGI, use the AAS General Catalog and add the keyword “GIGI” to your search term(s). When you click on an individual title, a link to scanned images of that item will be in the upper right corner of the record. 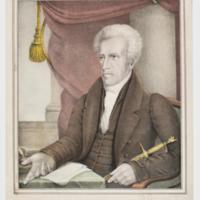 Lithograph of Andrew Jackson. Seventh President of the United States 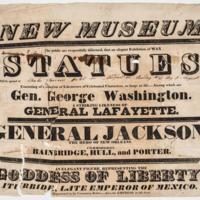 Advertisement for a wax museum with an Andrew Jackson figure 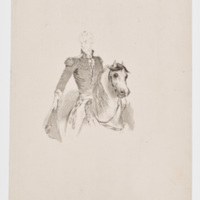 Equestrian Portrait of Gen. Andrew Jackson at the Age of 50 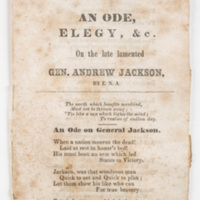 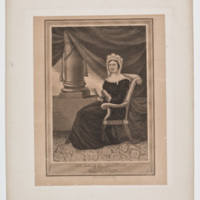 Mrs. Rachel Jackson. Late Consort to Andrew Jackson, President of the U. States added into the
extra-illustrated Life of Jackson 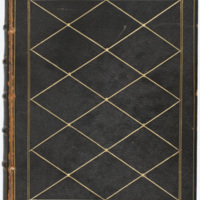