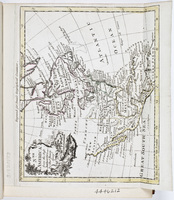 Click here for the U.S. map at Jackson's birth (found in the extra-illustrated Life) on which what would become Tennessee is labeled simply “Cherokees.” 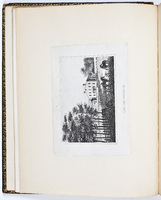 Click here to see more about this view of Jackson’s home in Tennessee, Hermitage (found in the extra-illustrated Life).

Though Andrew Jackson was born in Carolina, his adult life and career were firmly established in Tennesse. Integrating the William C. Cook Jacksonian Era Collection into the Society’s existing holdings reinforces the extensive collecting of southern and western material to which AAS is committed. The Society has been actively developing its collection of publications printed in areas other than the northeast for generations now—starting in earnest with the gifts of the Frost Collection and Streeter Collection of Western Americana in the mid-twentieth century.

In recent years, curators have been making a concerted effort to fill gaps in the Society’s early Tennessee imprints, thanks to a strong relationship with a Tennessee bookseller and an endowed book fund just for purchasing Tennessee imprints. Among such recent acquisitions are many state laws and the only known institutional copy of the military manual from 1812 [AAS catalog record] that Andrew Jackson would have used in his military campaigns as a general.

Now stepping into this storied tradition, Mr. Cook is donating money to be used to purchase additions to the William C. Cook Jacksonian Era Collection. Item by item, the gaps remaining in AAS’s southwestern holdings will be acquired and made accessible to researchers.