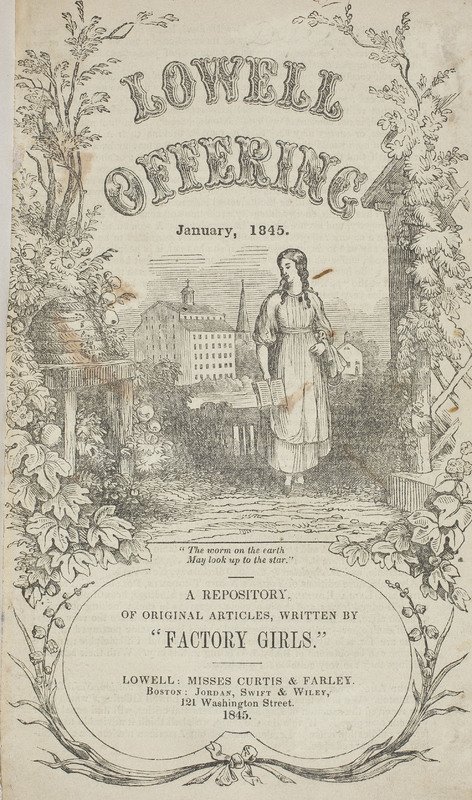 In an effort to simultaneously confront and document their newfound independence in an unfamiliar environment, the mill girls developed creative outlets. The most popular and extensive testimony to the mill girls’ creative pursuits was The Lowell Offering, a monthly periodical that ran from 1840 to 1845. Not only was it the first periodical to be written by textile workers, but it was also one of the first to be written by women in the United States.

The creative works that the mill girls left behind during this period of American industrialism divulge a remarkable literary and ideological range. Mill writers dabbled in romanticism, emulating popular works of literature; realism, adequately capturing the nature of their current situation; and progressivism, pushing the boundaries of moden womanhood. Art, literature, and song served as a much-needed contrast to the drudgery of the mill routine. As the Lowell Offering editor wrote in the April 1841 edition:

"Whoever will consider the sympathy between mind and body, must be sensible that a day of constant manual employment, even though the labor be not excessive, must in some measure unfit the individual for the full development of mental power."

In creating a large portfolio of creative work, then, the mill girls flouted expectation, establishing themselves as more than an extension of the machine, but as group of creative, self-determining, and self-aware young women. 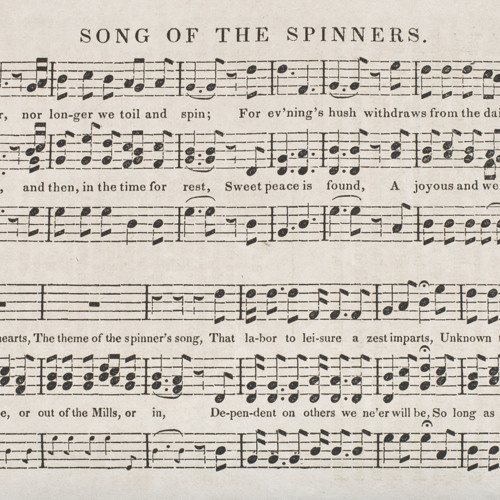 "Song of the Spinners" 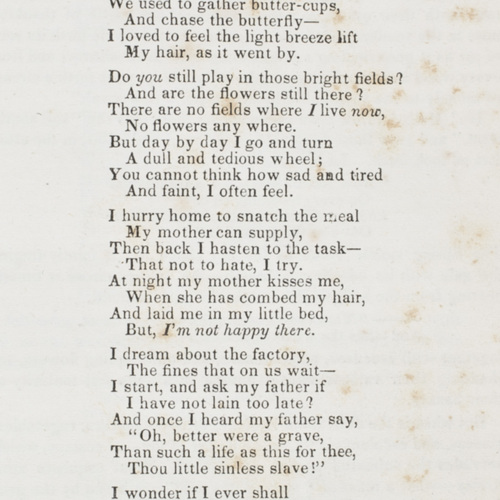 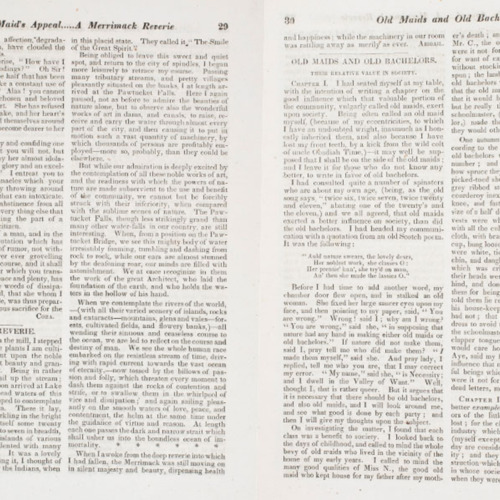 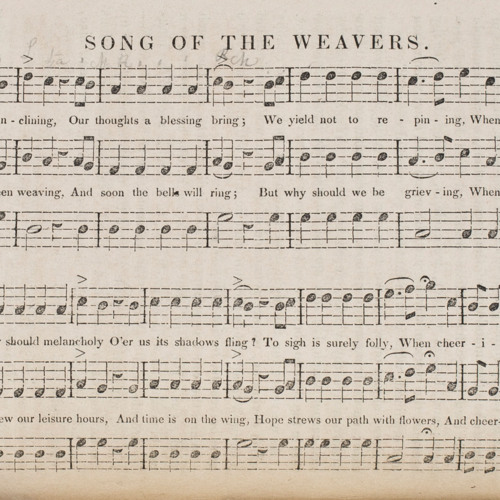 "Song of the Weavers"