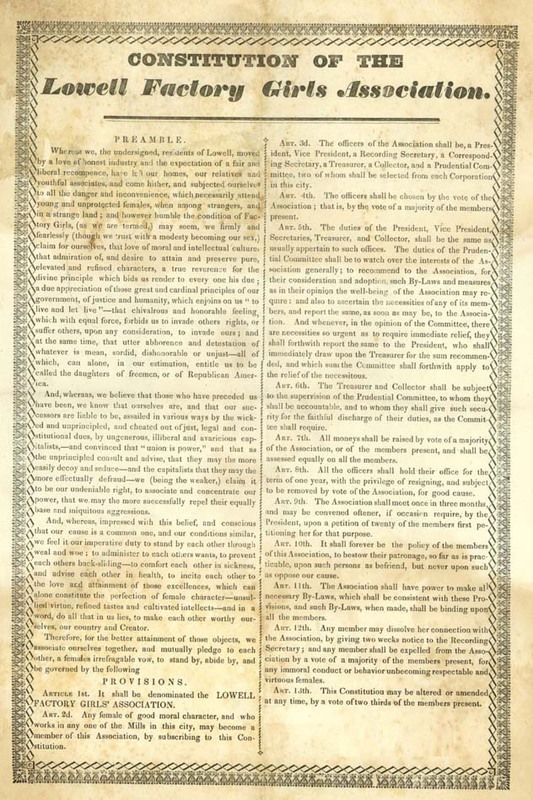 Used with permission from the Center for Lowell History, University of Massachusetts, Lowell

Several items included in this exhibit are centered on a pair of strikes and protests organized by factory girl collectives working for the mills at Lowell, Massachusetts, in the years 1834 and 1836. In the 1820s, Lowell grew from a small collection of farms and homes into a bustling industrial town. Eventually, ten corporations built over thirty mills around Lowell, much of them situated along the domineering Merrimack River.

Early on, business was thriving and strong, but as competition increased and the value of production decreased, mill owners opted to cut the wages they paid their workers (more than eight thousand, the majority of which were female) and allow workers’ living conditions to degrade in favor of the bottom line. The mill girls lived in boardinghouses and tenements constructed almost exclusively for their use. Unfortunately, that meant both their work and home lives grew less distinguishable and less tenable as the mill work inflected their lives in and out of the mill. By 1834, the mill girls decided to speak out and they didn’t mince words. The “Constitution of the Lowell Factory Girls,” for example, decried the condition of the girls and demanded redress in the form of unionization:

Assailed in various ways by the wicked and unprincipled, and cheated out of just, legal, and constitutional dues, by ungenerous, illiberal and avaricious capitalists, [...] we, (being the weaker,) claim to be our undeniable right, to associate and concentrate our power, that we may the more successfully repel their equally base and iniquitous aggressions.

Their labor movement, headed in large part by mill worker and Lowell Offering contributor Sarah G. Bagley, who also cofounded the Lowell Female Labor Reform Association, would continue on for years and in many forms, forcing mill corporations to shorten workdays and improve the general conditions of workers’ lives and those of laborers to come. But as the piece “New England Factories” from activist Jennie Collins attests, even by 1870, women were still overworked and underpaid compared with their male counterparts and the battle for equity continued. 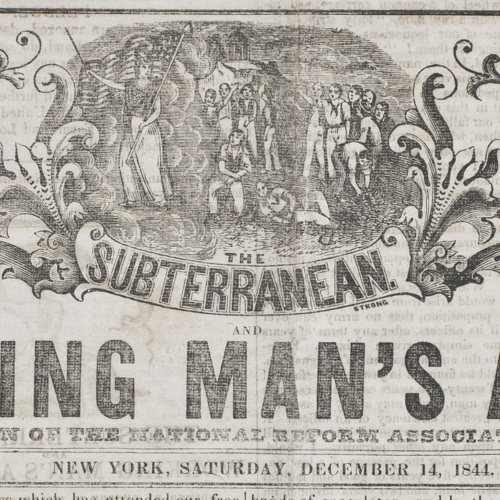 "Evils of the Factory System" 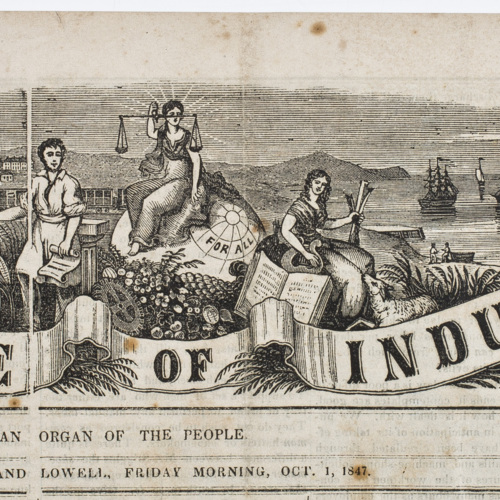 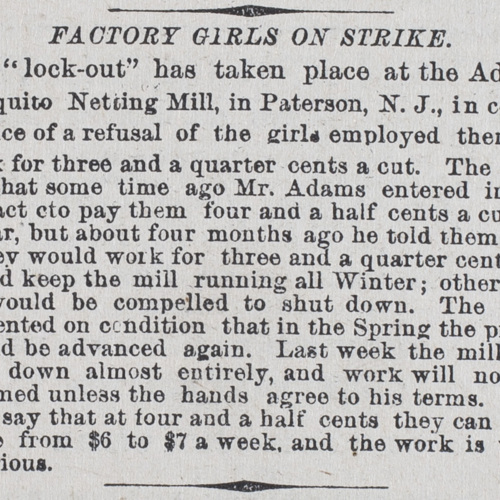 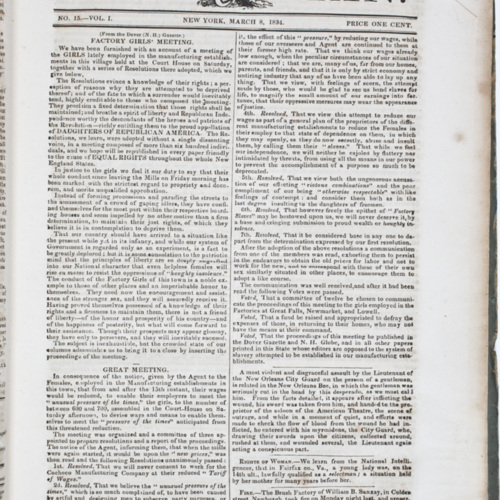 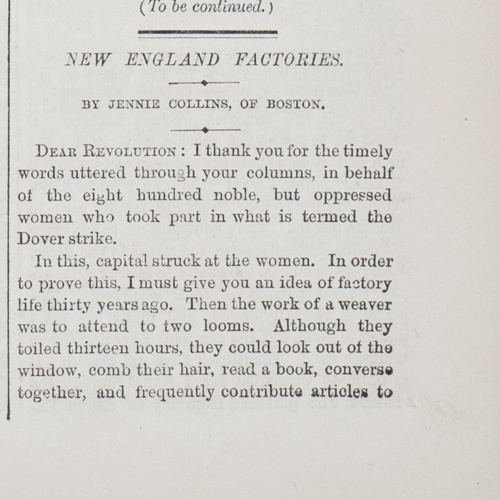 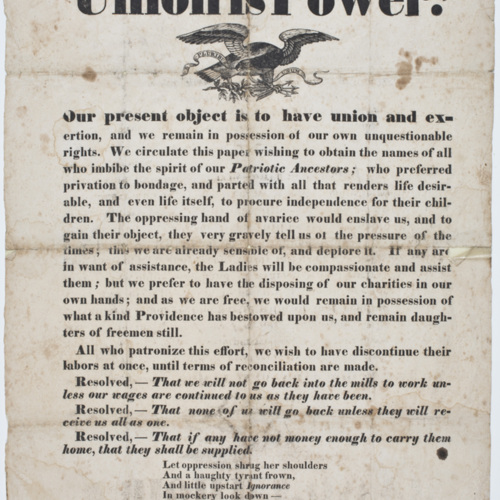 "Turn Out at Lowell"