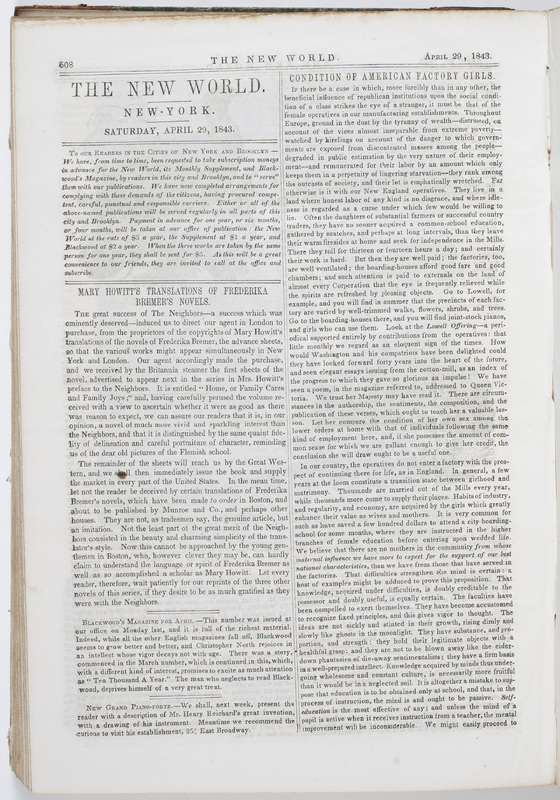 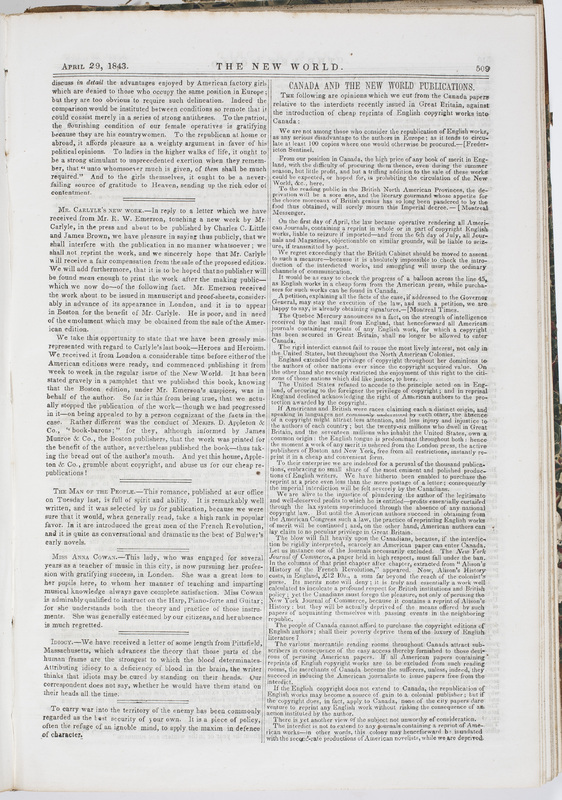 This article is part of the national and even international concern surrounding female workers in manufacturing establishments at this time. The ongoing dialogue centered on education, the moral character of women employed in the mills, and whether or not manual labor was demeaning. Some worried that labor dulled the mind or else corrupted women’s morals and posed a threat to family life and structure. Others argued it provided greater independence and helped women gain useful skills for married life. It was a common practice of those who argued that work in the factory was beneficial to compare the American factory system to the English factory system, which was seen as much worse. The author of this article goes even further to suggest American mill girls are the backbone of democracy.