Fire and Loss of Life: A Shoddy Mill Destroyed 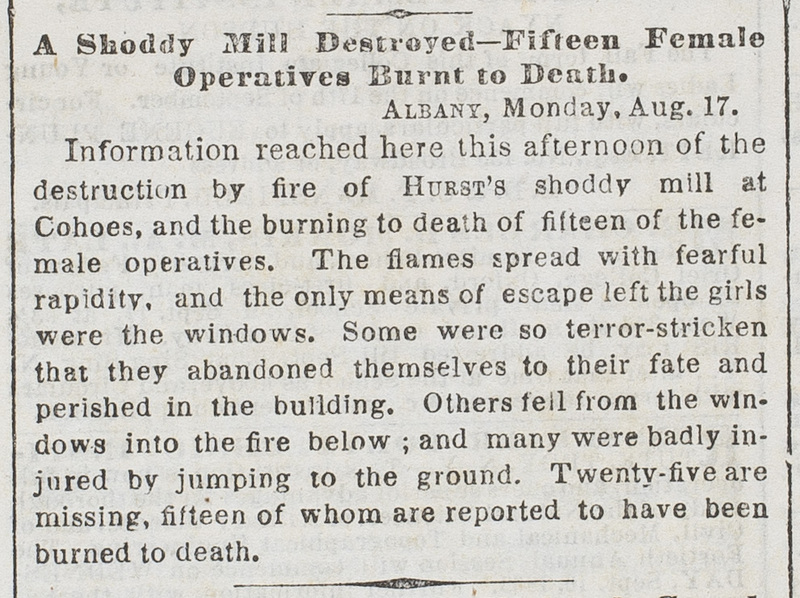 Dubbed the “catastrophe at Cohoes,” this mill fire began in the picking room of Richard Hurst’s knit manufacturer in Cohoes, New York. The headline describes the mill as “shoddy” and later accounts indicated no means of escape or safety measures in the event of a fire. Due to the structural layout of the building the women were working in, the fire spread so much that they were trapped in the room, with their only escape being the window. Fifteen women died in the fire and many more were injured. The New York Times reprinted a follow-up piece from the Troy Whig, which disclosed the names of the injured and deceased and described, in horrific detail, the specific injuries they incurred.

Fire and Loss of Life: A Shoddy Mill Destroyed