The Building of the Pemberton Mills 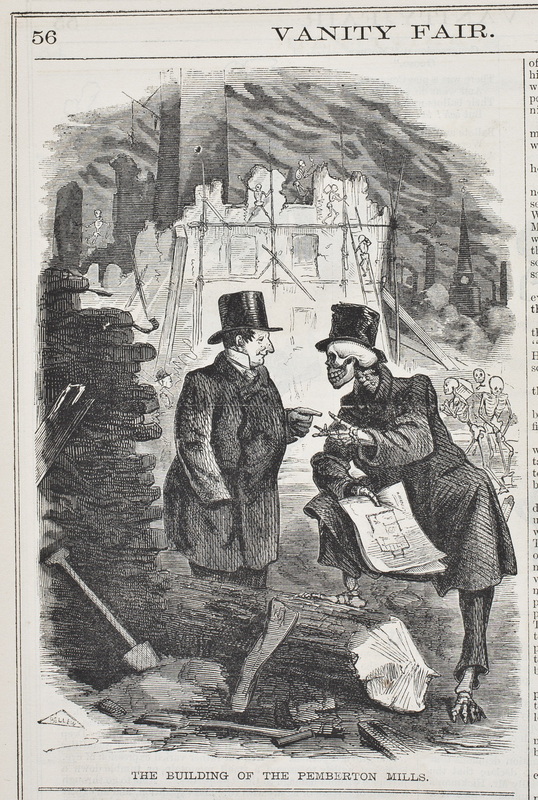 This engraving critiques an occurrence that eventually killed more than 100 workers. Pemberton Mills was constructed in Lawrence, Massachusetts, in 1853—in 1860, it collapsed on itself and burst into flames. It was later discovered the accident was caused by negligence of the owner. He did not pay for reliable materials and ignored safety precautions. The cartoon presented here ran in Vanity Fair with a brief ballad, indicting the greedy mill owner and grieving the more than 140 deceased and 165 wounded in the catastrophe. Many of the laborers here were Irish immigrants and the majority of the casualties were women and children.

The Building of the Pemberton Mills