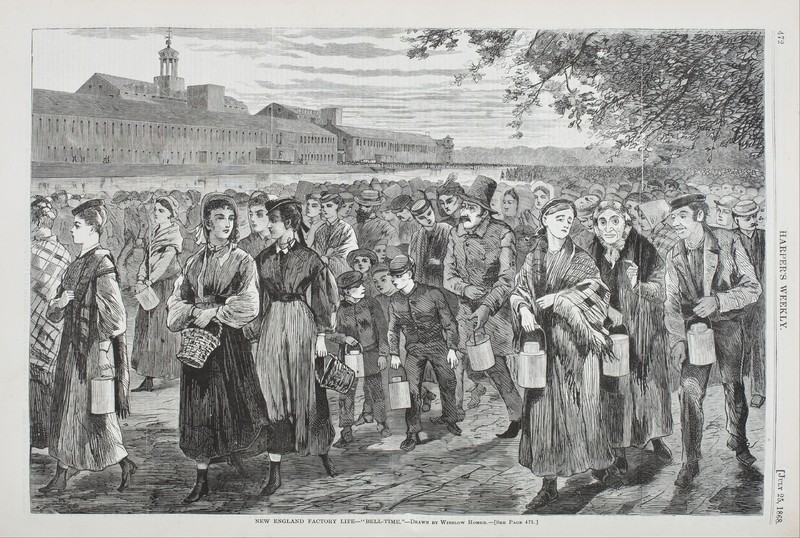 This image, by Winslow Homer, was published in Harper’s Weekly in 1868. It depicts a large number of workers leaving an unnamed New England mill at the end of a workday. The workers depicted range from children to older women. Most appear tired, as the “bell time” depicted here is presumably the closing bell of the day.