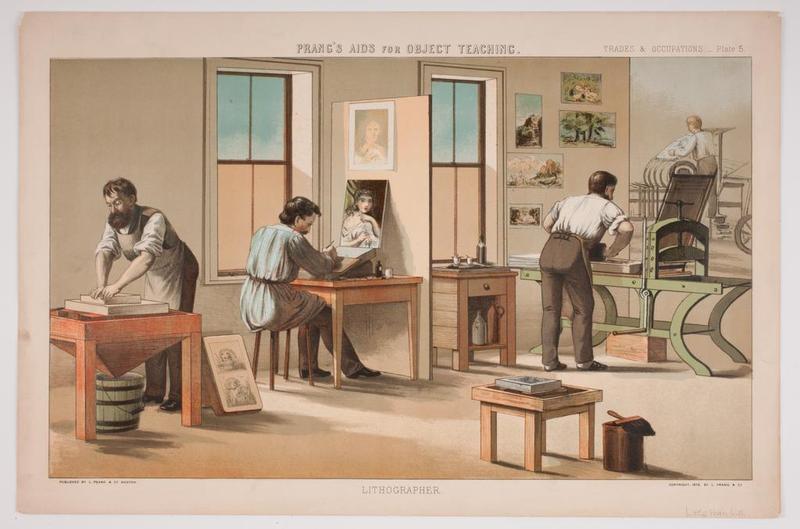 This image is one of twelve published by Prang in 1874 depicting common occupations and trades in "Prang's aids for object teaching." This scene shows four men working at different stations in a lithographic printing office. From left, a man is seen smoothing a lock of limestone to prepare it for drawing. Behind him, a man sits at an easel, studying a painting and copying it onto the stone. At right, a man works at a proof press to make sure that the image is ready for production. In the background, a man is seen using a much larger production press to print copies of the new lithograph.

This scene, and the eleven others, are described in Manual for teachers, to accompany Prang's aids for object-teaching, Boston, 1877. This work also includes guides for teaching these works to students in grades 1-4.