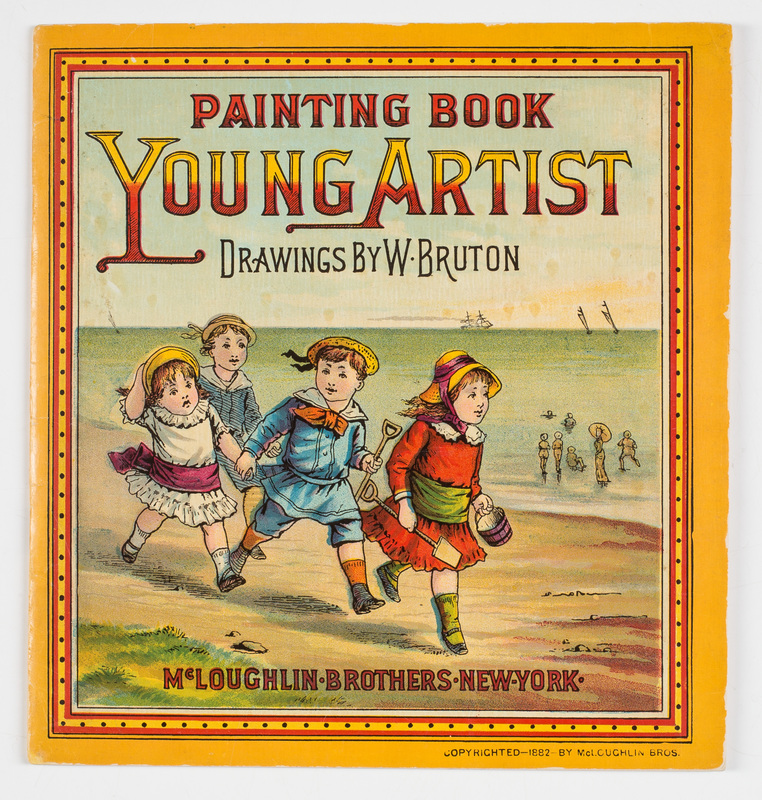 Many of McLoughlin Brothers’ non-picture book products were also steady sellers. Even though competitors in Philadelphia and Europe had been selling them for over a decade, painting and coloring books were not introduced by McLoughlin until 1882. These volumes sold for just ten cents each and were touted by the firm in its 1882 catalog as “an unfailing source of amusement for children. They instruct and refine, while giving pleasure, and aid in developing any talent they may have.” With illustrations by staff artist William Bruton, this example contains scenes of American children at play and includes a series of advertisements on the back cover for games sold by McLoughlin Brothers.
The gift of Herbert H. Hosmer, 1978