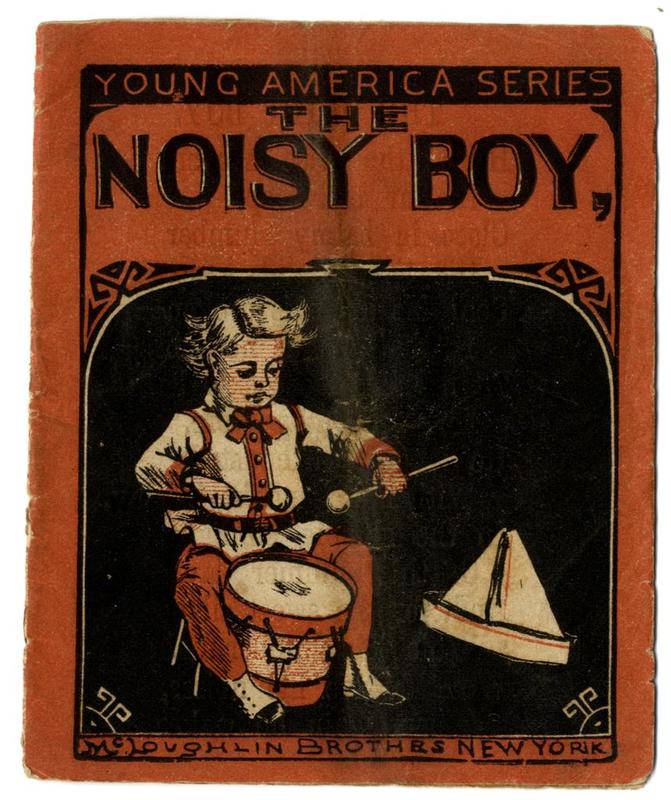 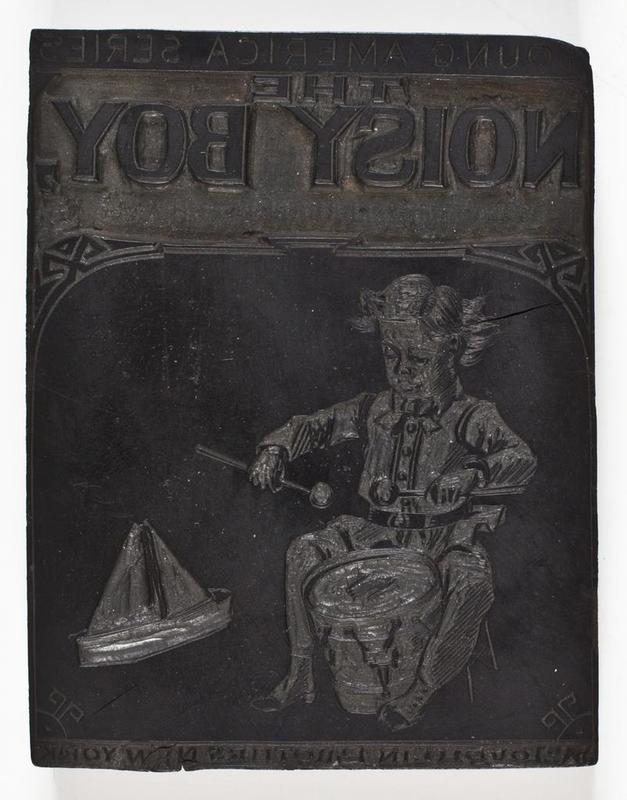 This very modest printing was marketed at the lowest end of the McLoughlin Brothers’ catalog, retailing at one cent per copy. The books sold to retailers at one dollar for a gross (144 copies), so the profit on their sale was attractive to resellers. The Young America Series was issued in 1866 and 1867 and featured six moralistic titles about poorly behaved and well-behaved children, each illustrated with black-and-white images. The only color was a single red block, used on the cover. The original woodblock for the black portion of the cover of Noisy Boy is part of the archive of McLoughlin Brothers material housed at the American Antiquarian Society. This block likely served as a master matrix and was reproduced as a durable electrotyped plate for printing. Vincent Dill, the electrotyper listed on other titles in the series, shared an address with McLoughlin Brothers from 1859 to 1866.
The Noisy Boy, the gift of Diana and Colin Brown, 1994.
Printing block for Noisy Boy, gift of Herbert H. Hosmer, 1978

“The Noisy Boy,” Radiant With Color, accessed May 26, 2020, https://americanantiquarian.org/radiantwithcolor/items/show/56.