The Friendly society, together with Heaving anchor

This convivial song of The Friendly Society was printed in the Pennsylvania Ledger on September 30, 1775, with an indicated tune, widely known in America, of “The Bird,” beginning “The bird that hears her nestling cry” (Langdon 43; R. Keller). The author was the pseudonymous “Polydore” and the burden timely:

For while we’re here
My friends so dear,
We’ll fight for Liberty.

This final line became or perhaps reverted to the more general “we’ll drive dull care away,” which is the burden the text carried on broadsides, songsters, and in oral tradition into the twentieth century (Roud; Ford, Broadsides #3117; Chappell 689-90). The text appeared in fourteen songsters between 1800 and 1820, with the last word of the first line varying between “complain” as on the broadside, and “repine” (R. Keller, Early American Secular Music and Its European Sources). A version was collected by Edward Ives in Prince Edward Island in 1957 (Northeast Folklore 46-47).

In the early nineteenth century, the lyrics were collected with a new tune by two Connecticut Valley musicians, Ishmael Spicer and Silas Dickinson (Spicer, untitled 90; Dickinson 148; Jenks, Jovial Songster 11-13). In a letter to “Fanny” dated June 19, 1876, the Reverend Charles Nichols remembered back to his childhood in Fairfield, Connecticut, in 1811 and 1812. “Once, as I remember, an individual sang the old tune, ‘We’ll drive dull care away,’ with the words set to it, and it was quite cheerful and lively, and the song was much enjoyed” (106).[1] Later, the timeless sentiment appealed to compilers of the Sacred Harp where credit for the arrangement is given to “E. J. King, 1844” and the burden changed to “Then since we have a Saviour dear / Let’s drive all care away” (98).

“Heaving the Anchor” is a brisk song of action aboard a ship. It appeared in the short-lived farce called Plymouth in an Uproar staged at Covent Garden in October 1779, the lyrics by Edward Neville and the music by Charles Dibdin (Philbrick 256; Fiske 429-30). The burden mentions a tune, “heo, hea, heo,” which sounds like “yeo, yeo, yeo,” the title or burden of several other sea songs, being a working chorus on which a crew would then haul on the anchor line. The lyrics fit the tune called “Heave the Anchor Short” in William O. Adams’s manuscript, with some repetitions of the final line as a chorus. The text appeared in seventeen songsters between 1796 and 1820 (R. Keller).

[1] Our thanks to Joe Hickerson for this reference.

Why should we at our lot complain.
When first we hear the boatswain's bray. 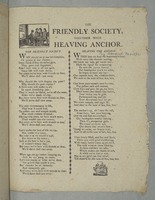 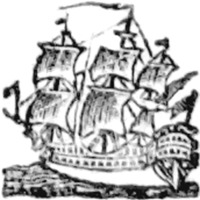 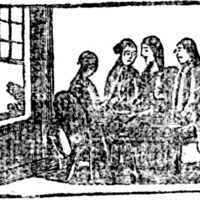 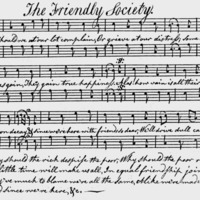 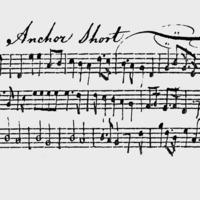 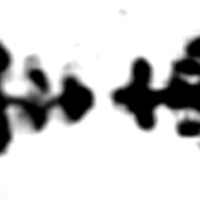