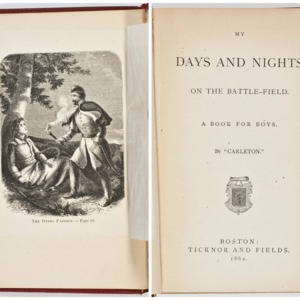 My Days and Nights On the Battle-Field, C. C. Coffin 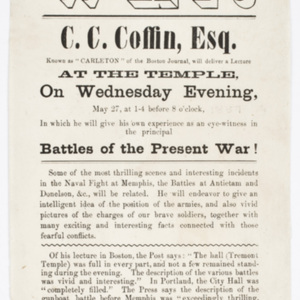 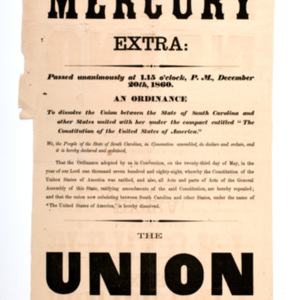 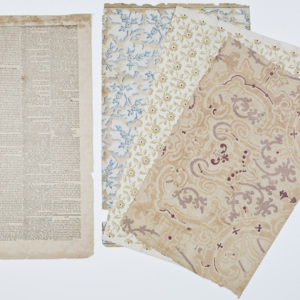 Wallpaper editions of The Daily Citizen 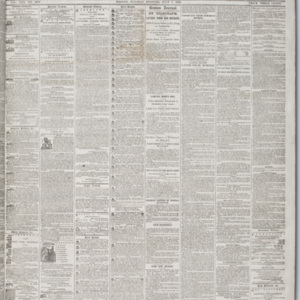 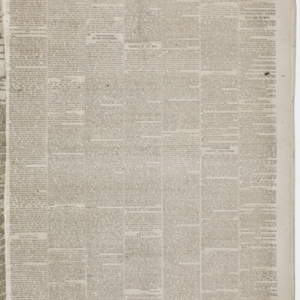 In the 1850s, American newspapers employed a few paid correspondents and writers, but it was during the Civil War that newspaper reporting dramatically came of age. As war spread across the country, so did legions of reporters. The major dailies sent them everywhere. Throughout the war, the New York Herald alone regularly had more than forty reporters on the fields of battle.

Though newspaper reporting had never been a profession that required specialized training or certification, during the Civil War reporters took on many of the characteristics of professionals: on the major dailies, they were salaried and given lavish expense accounts; they operated independently in the field; they lived and worked together in a community of comrades—a “bohemian brigade,” they called themselves; they were supremely competitive yet shared the values that would become standard in journalism, such as a devotion to facts, eyewitness description, speed, and scoops; they mastered the complicated wartime telegraph network; they resisted military and government censorship; they often became famous celebrities, even when their stories appeared without bylines; and they wrote instant books and best-selling memoirs to cash in on that fame.

The art of war reporting, then as now, required a mastery of logistics as well as of reporting and writing. Like the army generals, the journalists who covered the Civil War depended on telegraphs, railroads, and horses. The enemy’s task, often achieved, was to destroy those means of communication. Thus, dramatic accounts of reporters getting their stories of great battles and getting those stories back to their newspapers became chapters in the professional lore of American journalism. For example, George W. Smalley of the New York Tribune, unable to get a telegraph connection, wrote what is usually considered the best story of the Battle of Antietam by the light of a small oil lamp on a military train from Baltimore to New York. He arrived at the newspaper office at 5 a.m., and within a couple of hours the Tribune had thousands of papers on the streets of New York, just the second morning after the battle. At the Battle of Gettysburg, after the Union victory seemed assured, reporters scrambled to file their stories. The nearby telegraph lines had been cut, but A. Homer Byington of the Tribune had arranged ahead of time to repair the wires near Hanover and in return was allowed to monopolize the reconnected telegraph link with New York long enough to achieve one of the biggest scoops of the war. Often reporters who covered battles in Virginia and Maryland wrote their stories on trains from Washington and Baltimore to Philadelphia, New York, and Boston—dispatching brief bulletins by telegraph at stops along the way.

If reporting for Northern newspapers was a logistical struggle, it was a nightmare for the South. Telegraph and rail connections were sparse and unreliable. Furthermore, Southern newspapers were cut off from the Associated Press, the leading news-sharing cooperative, based in New York. Southern publishers organized their own Press Association in 1862, which did its best to distribute news dispatches to all the Southern dailies. Like the North, the South had its own celebrity reporters, including Felix Gregory de Fontaine of the Charleston Courier and Peter W. Alexander of the Savannah Republican.